his time is reserved for Around the Net… your morning skate around the league! 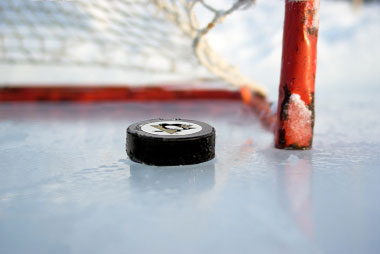 Monday morning is upon us and it really doesn’t feel like we had much of a weekend. That is mainly due to the NHL schedule makers who seem to ramp up their weekend day schedule during the latter stages of the season. The Penguins spent the weekend picking up four big points and moving back into first place in the Atlantic Division…can they hold off the Devils?

That question will be answered over the next two weeks, but it is looking like they just might be able to pull it off. Especially considering that they still have four games left on their current home stand…most of which are against teams that they should be able to beat. We will look more at the Penguins chances of winning the Atlantic over the next few days…

This time is reserved for Around the Net… your morning skate around the league!

Here is Dave Molinari’s game recap. Dan Bylsma kept his promise and allowed Pascal Dupuis to take a shot in the shoot-out. Super Duper got it done and the rest is history…two more points in the book…

Here is a look inside the Ponikarovsky for Caputi swap that the Penguins and Leafs finalized at this year’s NHL Trade deadline. Interesting to hear how the back and forth went… personally, I love seeing the dynamics of how a trade goes down!

Kevin Gorman of the Tribune Review gets a feel for how Brooks Orpik’s frustration of last week affected the Penguins room. His words hit home with many, including Penguins captain Sidney Crosby.

Joe Starkey of 93.7 the Fan takes a look at the top five games between the Penguins and Flyers. Saturday’s 4-1 Penguins’ victory was likely the Flyers final game in Mellon Arena.

As hard as it may be for some to believe, Henrik Sedin is on his way to winning a scoring title! The talented Swede has had one heck of a season and is leading Alex Ovechkin with only seven games remaining on the schedule.

Art on his way to Vancouver?

The Ottawa Citizen takes a look at John Tavares’s rookie season…how he has adapted to being a star in the making, become one of the guys in the Isles room and evolved throughout his first NHL season.

Sutters need to be accountable in Calgary

Dad’s trips have become very popular around the NHL… teams pick a road trip in the middle of the year and they invite the fathers of their players to come along for a great bonding experience. Here is a great look inside a past Dad’s trip by Bob Boyes…father of St. Louis Blues forward Brad Boyes…

Bob Boyes gives an inside view of a Dad’s Trip

The Tampa Bay Lightning were embarrassed on the ice Saturday night by the Buffalo Sabres. Head coach Rick Tocchet, who is a fairly proud man, was disgusted and that came out Sunday in the form of a brutal practice for his team.

It will take a little longer to determine who actually won the Benoit Pouliot for Guillaume Latendresse swap, but early indications are that the Wild will be laughing to the bank! Here some of Latendresse’s teammates weigh in on the youngster and his 27 goals this season.

Latendresse a sly pick up for Fletch

Last but not least, here is another look at the whole Donald Fehr/NHLPA situation from the Montreal Gazette.

All’s Fehr for the NHLPA