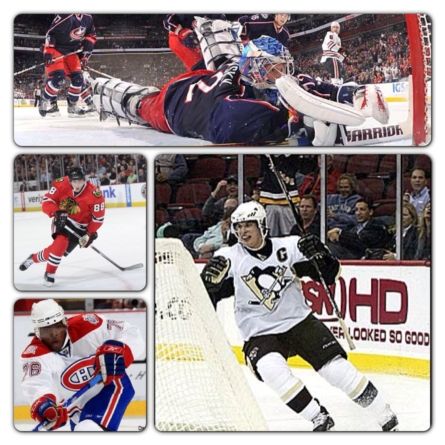 The NHL season is almost in the books and with it the fantasy hockey season.

As you know, we typically identify players that should be acquired to help you in the next scoring period and beyond, but the fact that most leagues wrap tomorrow didn’t make that worth wild this week. Instead, we decided to select our MetzMetrics fantasy All-Stars. The All-Star team also dovetails nicely with the work we did over over at NHL.com last week and will be doing over this upcoming final week of the season.

We have selected once Center, Right Wing, Left Wing and Goalie, along with two Defensemen. I am sure there will be much debate on my list, so rather than grumble, why not utilize your digital voice and let us know who you would have selected!

So without further adieu — I present your 2012-13 MetzMetrics Fantasy All-Star Team!

CENTER — All Around Fantasy MVP

Most people are looking towards Steven Stamkos (or in terms of MVP Ovechkin), but for my money Sidney Crosby was the fantasy Center/player to have this season. The NHL.com crew were sold on AO because his current stretch of play coincided with the stretch run and Fantasy playoffs, but I argued that Ovechkin owners probably didn’t make the playoffs as he didn’t decide to play to his full capability until March. I speak to that point first hand, having had Ovechkin in a league in which I didn’t make the playoffs. Your first round pick has got to pay dividends and Ovie didn’t not until far too late. Crosby hasn’t played a game since March 30 and is still leading the league in scoring, his faceoff win totals are the highest among the top ten scorers in the league and he was a big producer on the power play notching 17 points (three goals). He leads the league in assists,  tied for 11th in goals, 4th in plus-minus (plus-26), and got it done for owners each time he stepped on the ice this season.

Kane gets the nod over Marty St. Louis and Alex Ovechkin. He was one of the best RWs from the earliest moments of the season. He was actually left on the board until the third round in many leagues based on his dip in production last season. He roared back this year and was one of the main reason for the Hawks run to the top of the standings this season. There is an evident maturity in his game these days and it’s helped him become a bigger asset. His plus-14 was just as valuable as his goals and assists. His duel eligibility at C/RW offered positional flexibility and allowed teams to be creative with roster.

On average, Kunitz was drafted 140th overall, placing him in the 13th round of Yahoo! Standard Fantasy Hockey leagues. All he did from there was become the most surprising fantasy player this side of Ducks’ goaltender Victor Fasth. It isn’t often that your 13th round pick is the difference between winning and losing your league, but that’s what Kunitz was this year. He is among the leaders in all offensive categories, his plus-minus is second to only teammate Pascal Dupuis and he also contributed 15 power play points (nine goals) and five game winning goals. His production dipped a bit to 4 points in seven games without Crosby in the line-up, but he still did enough this year to get the nod as the top LW. 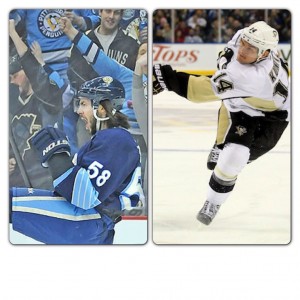 Subban was expected to take steps forward this season, but no one could have known that he would explode offensively the way that he did. The youngster has jumped straight into the Norris conversation with his two-way contributions to the Habs. Invaluable in multiple categories, 25 assists, 36 points, 25 power play points, a robust plus-10 rating, 45 hits, and 47 blocked shots. However, the stat that jumped him up to the top rung? His 11 goals. Yes, our next All-Star and Ryan Suter are right with him, but the goal production takes P.K. to the head of the class.

Letang continues to rise up the ranks of best fantasy defensemen in the league. Had he played a full season, he might have gotten some Norris consideration himself. He doesn’t score goals the way that you would hope, but he seemingly picks up points on a nightly basis and that’s what you want from any fantasy player. Not unlike Subban, he helps in multiple categories picking up 40 hits, 49 blocked shots and registering a plus-14. Letang definitely is a top three defenseman moving forward and should reap some consideration as the top guy off the board next season.

Bobrovsky has almost singlehandedly put his team in contention to make the playoffs for only the second time in their history. He’ll garner votes for both the Vezina and Hart trophy if they get there. Heck, he may get consideration for both awards even if they don’t make it. He has been spectacular on a near nightly basis and has given the Jackets a chance to win each and every game. Bobrovsky looks calm, cool, collected and seems huge in his net. Amazing what the support of an organization, some coaching and confidence can do for a guy. I still can’t believe that the Flyers, who were eliminated last night, let this guy walk for nothing.

That does it for our 2012-13 MetzMetrics Fantasy All-Stars! As I mentioned above, share your selections… this is always one of the best debates!

See yinz next week as we discuss players who would be great gets for your post-season pools!