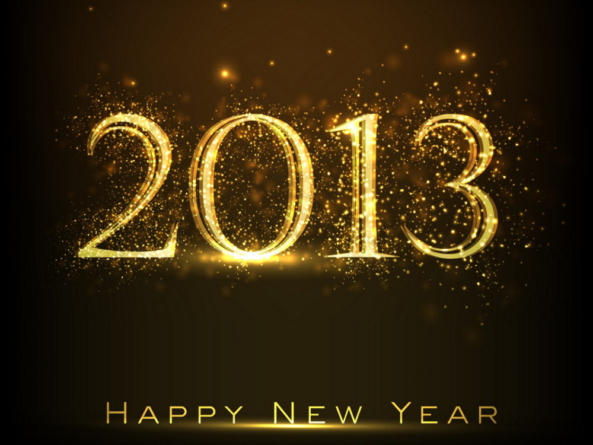 A message for the New Year from Metz…

Well, another year is in the books – at least it will be in roughly 12 hours. It gets harder and harder to fathom just how quickly the preceding 364 days fly by with each passing New Year’s Eve. I guess that is the way with most of us — what used to seem never ending during the fledgling years ends up being nothing more than a blip on the radar of life as we grow older.

Sadly, New Year’s Eve has now become an indication of getting older in and of itself, as it stands beside your birthday in giving tangible proof of how long each of us has actually been on the planet. It is a mile marker that provides a chance to look back at opportunities lost and those still to come, a chance to remember those who we might have said good-bye to, as well as reflect on those who we haven’t met yet. It is an exciting time, but also a time of sadness.

This is why I am glad that I made a concerted effort to focus on things more important than the NHL Lockout over the past four months such other projects, family, friends and my own health. I have probably hurt my following by not wallowing in this ridiculousness, but I couldn’t force myself to regurgitate the same information that was flowing through a handful of people and out of the mouths of 1,000 others.

I started writing about hockey during the previous lockout – actually right before it – and when I look back at that period of time I was utterly consumed by it. Like the game itself I got swept up in the madness that was that lockout, negotiation and eventual cancellation of the 2003-04 NHL season and when that cancellation came down it punched me straight in the gut. I wasn’t willing to do it again this time around.

Make no mistake, this lockout has hurt me financially and professionally, as it has taken roughly $6,000 dollars out of my pocket to this point and (to be honest) probably cost me a full-time hockey job that was being discussed back in September, but I wasn’t going to let it hurt me emotionally.

It just isn’t worth getting so emotionally invested in something that you know is going hurt you every 7-to-10 years. It is the definition of an abusive relationship. The league punches you square in the mouth and then slaps a “Thank you Fans” on the ice as a symbolic “I love you baby… I didn’t mean to hurt you… it won’t happen again.” The “I love yous,” bouquets of flowers or nifty earbuds (gift to Pens’ season ticket holders) are nice, but they don’t take the pain away.

I realize that things are looking a bit rosier over the last 48-hours, and heck, they may even come to terms this week and find a way to salvage an UBER BORING “Devils, Rangers, Islanders, Flyers EVERYNIGHT” 48 –game schedule (if you’re a Penguins fan), but I refuse to get held hostage by this process. So, I guess what I am saying is that when the game returns and there is actually HOCKEY to discuss I will be back with it.

It was nice to see some college hockey being played down at the CONSOL this past weekend and the World Junior Championships are always tremendous, but I am hungry for the professional stuff. It is the game I love being played by players at the top of their skill levels and nothing comes close. Yes I love the game itself – playing, watching, and reading, writing about — but there really is no substitute for the feeling I get from watching the National Hockey League product.

So while there is nothing to discuss aside from “when will they be meeting?” or “how many millions make up a make whole proposal?” I won’t have all that much to say about it. I will follow it intently in hopes that we eventually reach an endgame, but as I stated above, I will not be held hostage by the process.

With all of that being said, I wanted to take a few minutes to check in with you all to explain why I have been so quiet as of late. Hope that enlightens everyone a bit!

Be advised that From the Point is still here and will be ramping up with a few new writers in the near future – also as part of that my contributions may start to stir in some NON-hockey related content since I have missed writing and I have a lot to say about plenty of other things. Also keep your ears peeled for me over on Sirius XM’s NHL Network Radio, TSN 1050, Triblive Radio and Penguins Live as all of the above have still mixed in a decent sprinkling of Metz while the game has been on hiatus.

Have a happy, safe and prosperous New Year everyone! I appreciate you all sticking with me over the past seven years! I love what I do and that some of you actually find some value in it! I hope to be here for many years to come. Let’s hope this is our last Lockout.