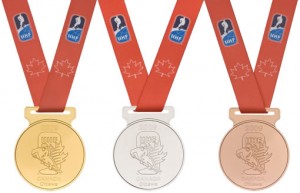 Here is the official release… I will be back with more soon!

Forward Brandon Saad (Gibsonia), defenseman Stephen Johns (Wampum) and the rest of the Americans avenged their only loss of the preliminary round (4-2) to pick up Team USA’s fifth gold medal at the Under-18 tournament.

The 6-3, 215-pound Johns, serving as an alternate captain, had three assists and a plus-2 rating in seven games.

Both Saad and Johns spent the season with the U.S. National Team Development Program Under-18 team in Ann Arbor, Mich.