The trade deadline in the National Hockey League is a holiday of sorts for fans of the game.

People in the United States and Canada take the day off of work. They plan events around it so as not to have a conflict. 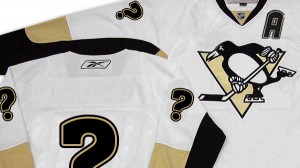 The trade deadline in the National Hockey League is a holiday of sorts for fans of the game.

People in the United States and Canada take the day off of work. They plan events around it so as not to have a conflict. Entire television and radio shows are produced to bring you up to the minute information as it happens. Hockey fans and the experts who break it all down just cannot get enough of this tantalizing thing that is: deadline day.

Hours are spent speculating where guys will land — which contender is going to make a splash and which seller will get the best return for his assets? Who will be dangled to generate interest for draft day? Who has been mentioned the most in the press, only to end up staying with his original team? I am talking to you Dan Hamhuis. You too, Ray Whitney… and lastly, whose name and number will be on the new jersey that you are planning to order at 3:00:01 PM as the deadline passes.

All of these things make that one day in late February or early March one to crave. However, it isn’t the only time your favorite NHLers are on the move during the season.

If you are a Fantasy Hockey geek, like so many of us are, you get another deadline to cherish. Sure, it isn’t nearly the same thing, but you have a better chance of actually seeing some of the more unrealistic rumors come to pass. For example, I have been telling folks for two years that Jordan Staal will not be traded.

Well… guess what? I just acquired him at the deadline in one of my dynasty leagues. I moved the rights to Magnus Paajarvi-Svensson, the Edmonton Oilers first rounder in 2010. This is a deal that even Glenn Sather wouldn’t make in real life, however my fantasy league allowed me to make it a reality.

Names like Sidney Crosby, Alex Ovechkin and Roberto Luongo suddenly become trade bait for teams that are rebuilding for the future.

A squad that is in contention may be able to fetch Steven Stamkos along with his 40 goals, 76 points and 216 shots on goal to bolster their attack. Most of the trades you see in fantasy hockey have sex appeal. They feature moves and shakers, not the pluggers and grinders. No matter what happens, you just won’t see a fantasy team making a move for a penalty killing defenseman, face-off specialist or glue guy for the room.

I think that adding some unrealistic thinking to something that is typically so much fun anyway is why so many people love fantasy hockey and fantasy sports in general. The fantasy deadline day has become almost as much fun as the real thing. The scenarios are endless and almost no one is off limits.

I am currently in two dynasty leagues and each one has hit its trade deadline — tomorrow. I have spent almost as much time fielding offers today as I have doing actual work. Which is all eerily similar to last week when I spent the in between time waiting anxiously for the next text message or announcement instead of pulling the trigger myself.

Who was the biggest name to move in your league? Did you acquire one of the top four or five players in the league? Maybe you moved that first round draft pick to snare a big fish?

I am not done wheeling and dealing in my leagues, in fact I have offers on the table for Pavel Datsyuk and Ryan Smyth as I write this. I’ll share some of the most incredible deals from this year’s deadline tomorrow. Please share some of yours today…