Al Willig comes strong echoing points made by Don Cherry, weighing in on Habs/B’s and breaking down the Sens draft possibilities come this June’s foray into the talent pool.

(Ed’s Note: First of all… Al sent me this piece yesterday, but I had trouble getting to a PC to get it posted before last evening’s games. He offered a couple quick thoughts on last night’s Habs/Bruins affair… sorry for the delay! The thoughts are still very pertinent… plus how can you not enjoy his break down of the first four picks in the draft! Great stuff for you Sens fans and draft aficionados alike! – Metz) 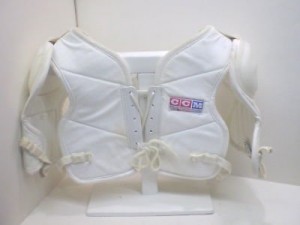 In the wake of the Chara hit on Pacioretty, the inevitable fallout and with the much anticipated rematch of the Bruins and Habs coming this evening (Thursday), it seemed pertinent to discuss a few things.  First of all, if the Canadiens choose to turn this into a chippy, vendetta filled affair, they will lose the game; a game that, while not IMPORTANT in the standings, is still important.  I, however, would very much like to see a slew of Habs bouncing off Chara all night if only for my own amusement.  I know the Penguins are playing the Flyers tonight, but are you really NOT going to watch this one?

At the risk of being an echo chamber for Don Cherry, Grapes has perhaps the best point in all the discussion in that the league needs to shitcan the Kevlar shoulder and elbow pads and go back to the cushy versions of yesteryear.  This innovation in the name of player safety has had the exact opposite effect.  It is an easy “fix” for many of the injuries that are occurring.

The Senators recent fortunes on the ice have potentially affected their future based on draft position.  While I am never a proponent of teams dumping to improve their potential position (as the Avs seem to be doing; the trade of Anderson to the Senators being a fine bit of irony in the equation), it has never been more important that the Senators get “their guy” in this draft.  Even if it is premature, speculating on the NHL Entry Draft is one of my favorite things so speculate I will.  I have considered five scenarios: 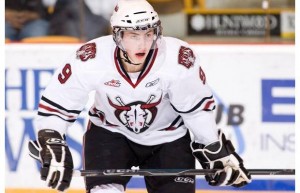 First, draft position holds according to the standings.  Edmonton drafts first and takes Adam Larsson; having stocked up on good young forwards in the previous drafts, drafting the slick defenseman Larsson, makes the most sense for the Oil.  The Senators draft Gabriel Landeskog.  Ryan Nugent-Hopkins is the other consensus top 3 pick but the Senators are more in need of a gritty, scoring winger than a play making center.  Nugent-Hopkins being the best player on board falls to the Avs even though he does not satisfy their greatest need.  However, landing Nugent-Hopkins allows them the luxury of trading Paul Stastny to address their needs on defense.  An off-the-board move for the Avs would be drafting defensemen Ryan Murphy or Dougie Hamilton but I would classify either as a long shot.

If the Avs move into the second position, I see them taking Landeskog and the Senators drafting Nugent-Hopkins.  The Senators already have a playmaking center in Spezza, but you can’t be too strong up the middle and he is too good a talent to pass up in the attempt to address their scoring winger need.

The Avs move into first and draft Larsson.  That leaves Edmonton to address another large need of a playmaking center, landing Nugent-Hopkins and the Senators get their guy in Landeskog.

If the Senators move into first position, they should forego Larsson and take Landeskog; again based on greater need.  The Senators are fairly well set with young defensemen David Rundblad, Erik Karlsson, Jared Cowen, Patrick Weircioch and Ben Blood.

If the Senators fall to fourth via the vagaries of the draft lottery, assuming the aforementioned players are gone, I would expect they would take Ryan Strome who can play center or wing and has a nose for goal scoring.

Enjoy the Montreal/Boston affair.  It should be interesting no matter what happens.