Today is like Christmas in July for us hockey fans. Every year, this day is one of the most unpredictable and frenetic of the 365 – hence the popular term ‘frenzy’. It’s the one day I look forward to the most during the summer. 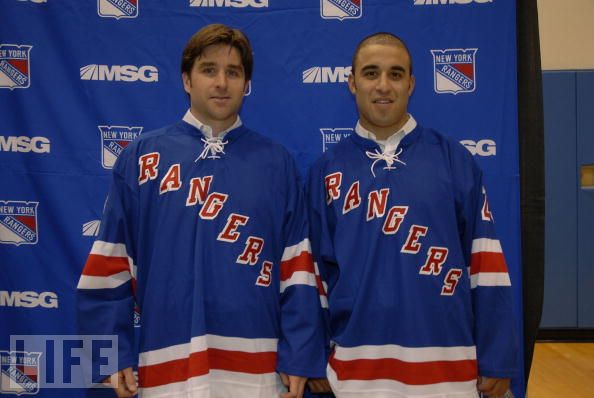 (Ed’s Note: This piece by the great Ryan Porth was supposed to run yesterday afternoon. Due to user error on the part of yours truly, it didn’t get out there. So without further adieu, here it is. Sorry for the delay Ryan! I feel that it is still pertinent today!)

Today is like Christmas in July for us hockey fans.  Every year, this day is one of the most unpredictable and frenetic of the 365 – hence the popular term ‘frenzy’.  It’s the one day I look forward to the most during the summer.

With that being said, general managers can get baited into spending ridiculous amounts of money and overpay for free agents that may not necessarily be needed.  The New York Rangers and Glen Sather are Exhibit A.

In the summer of 2007, he put the Rangers in a difficult position for the future when he locked up Chris Drury, Wade Redden, and Scott Gomez to lucrative long-term deals.  The former two are still on the team, eating up a lot of cap space that could be spent this off-season towards some much-needed scoring.

Redden is the laughing stock when it comes to contracts in the NHL, as he’s on the books through 2013-14 with a very sexy $6.5 million cap hit.  Obviously, I’m using the term ‘sexy’ lightly in this instance.  In fact, Redden made more money than Henrik Lundqvist this past season – and that’s saying something!

Sather isn’t the only GM to screw his team with a spending spree on July 1. 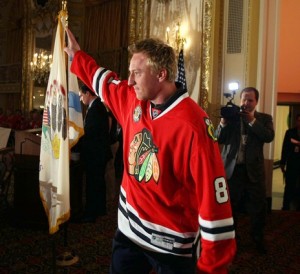 Ex-Blackhawks GM Dale Tallon put the team in a tight spot the last couple of summers, even though it helped them win a Stanley Cup just three weeks ago.  Brian Campbell and Cristobal Huet were inked at the same time in 2008, while Marian Hossa unexpectedly signed a 12-year mega-deal one year ago today.

Campbell and Hossa were nice parts to Chicago’s Cup victory, but by no means were they the ‘go-to-guys’ on the team.  Between the two, they made upwards of $15 million this past year (Hossa’s cap hit is lower than his salary because of the term).

Then there’s Huet, who current GM Stan Bowman must make a decision what to do with.  The most likely solution is sending him to the AHL and essentially eating his salary.

As a result of signing these three, Chicago is now going through a cap purge, selling off some of their younger talent for draft picks and prospects.

I’m sure if I was a general manager on July 1, I’d be pretty active, as well.  But they must understand that you can’t simply buy your way to a championship on Canada Day… you sell tickets; Stanley Cups are won at the draft table.

Which is why I’d think twice about signing Ilya Kovalchuk if I’m Kings GM Dean Lombardi.

Bringing the talented Russian to Los Angeles would be a huge boost to the franchise and fan base.  Kovalchuk would instantly make the Kings a legitimate Cup contender, making a combination between him and Anze Kopitar downright lethal.  The Kings do have a lot of cap space to play with ($17.5 million), and have most of their core already settled in.

Is it the wisest thing to do, though, for a team that may also be looking a quality defenseman and a second-line center at the same time?  I mean, there is a salary cap!

The Kings could instead opt to sign guys like Matthew Lombardi, Ray Whitney, and/or one of the top defenseman, and would be in great shape for a run at the Cup.

For Lombardi, putting most of your eggs in Kovalchuk’s basket could be risky – especially with Drew Doughty and Jack Johnson looking at restricted free agency a year from now.  Lombardi is not known to be much of a risk-taker.

Last year, no one could have predicted Hossa would sign in Chicago; everyone had him going to the likes of Vancouver (if the Sedins didn’t re-sign) or Los Angeles.

Will Kovalchuk do something similar today, and head to a team that no one believes is on his radar?  Let’s hope for that general manager that he isn’t making a ‘mistake’ by handing almost $9 million a year to the most coveted free agent to ever hit the open market in present-day NHL.