Top O’ the morning to you and Happy St. Patrick’s Day! I realize that it seems like we have been living in a green tinted world for the better part of a week, but today happens to be the actual day in which the Irish folk and the not so Irish folk celebrate the feast of St. Patrick. 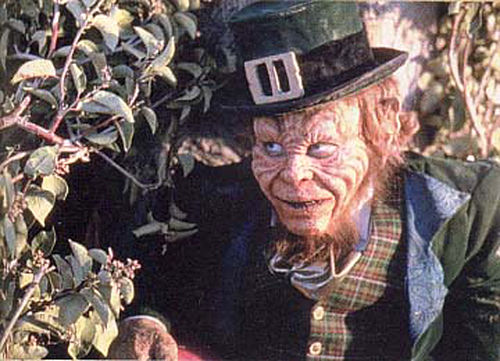 Top O’ the morning to you and Happy St. Patrick’s Day! I realize that it seems like we have been living in a green tinted world for the better part of a week, but today happens to be the actual day in which the Irish folk and the not so Irish folk celebrate the feast of St. Patrick, the patron saint of Ireland.

Here in Pittsburgh and most other major cities around the country, the main celebration surrounding this holiday occurred this past Saturday. However, there is nothing wrong with reveling in a little more luck O’ the Irish especially if it can help the Penguins get past the New Jersey Devils this evening.

Speaking of getting past the Devils, Sam Kasan’s piece from the Penguins official website is where we will start our morning links!

Kasan got a feel for how important tonight’s game is for the Penguins, getting plenty of quotes from a variety of players on the topic. To a man, it seems as if they just might be thinking a little too much about the fact that they have dropped 5 in a row to the boys from Newark. A victory tonight would go a long way towards erasing that second guessing.

Sidney Crosby…ever the diplomat; his comments in Shelly Anderson’s notes column show that once again. Here is commenting on the reverse figure four leg lock that Steve Downie threw on him Sunday afternoon, but he won’t outright bash the play. He is starting to get there, but backs off each time and chalks it up to being the game of hockey.

Here we stick with the Post Gazette for Mark Belko’s look at the Consol Energy Center and the spacious seating that is being installed. One question, this is the second media tour of the new building that I know of…what’s a guy gotta do to find out about it before it happens?

The Devils Paul Martin could make his return to the team this evening against the Penguins. Martin has missed all but nine games this season after suffering a displaced fracture in his forearm after blocking a shot against these same Penguins back on October 24th. There is also a great shot of the Devils throw backs that will be worn tonight in the article from the Devils official website.

Gareth Wheeler, who is one of the hosts of the Casino Rama Grill Room, a sports talk show on Sun TV in Canada seems to share my opinion of the Steve Downie fine. Here is his take.

The Globe and Mail shares this story about the sanctions that were almost levied against a charter airline carrier that the Pittsburgh Penguins utilize. Apparently the Federal Regulations in Toronto didn’t much care for the fact that “Stanley Cup Champions 2009 Pittsburgh Penguins” was painted on the tail fin of the plane. The Regulators felt that the planes carrier wasn’t clearly identified…

Former Penguin Joe Dziedzic named hockey coach of St. Paul Academy. Dziedzic played in the NHL for five seasons, most of which with the Penguins.

How could I have an edition of morning links without posting a story about the Matt Cooke/Boston Bruins/Marc Savard situation? In this piece, the Boston Herald tried to get a comment from Claude Julien regarding what would be happening to Matt Cooke tomorrow night when the two teams meet…

We mentioned Dylan Reese above; well another local product is getting back to Pennsylvania. Grant Lewis, who is also from Upper St. Clair was loaned to the Hershey Bears last week. He is thrilled about getting closer to home after spending time in the Thrashers organization.

Former Penguins assistant coach Barry Smith resigned as head coach of the SKA St Petersburg hockey Club in the KHL. His team was knocked out of the playoffs in the first round for the third year in a row.

Here is a great story about two Pittsburgh natives and die hard Penguins fans who are serving in Afghanistan as part of a Provincial Reconstruction Team called Team Panjshir. US Air Force 2nd Lt. Jason Smith and Airman 1st Class Joshua Lavrinc are helping to “build a better Afghanistan.”