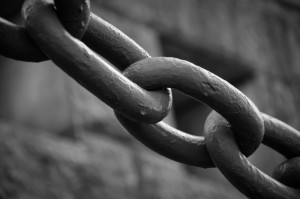 Please forgive the bitterness that I seemingly let fly in my previous post regarding last night’s game in Detroit. It couldn’t be helped, as I just think that this team is much better than we are seeing on the ice. It is tough to watch them lose games that they would be able to win if they were playing to the standard that they have set for themselves… No matter how good a team is or how many superstars it has in the fold – the Championship Window waits for no one. It can open unexpectedly and close just as quickly.

This group has got to take as many shots as it can while it is still open. Efforts like Saturday against Carolina and last night in Detroit just aren’t acceptable. Everyone in and around this team has got to take it to another level, which is precisely why I am posting my third blog entry and it isn’t even 10:00am yet.

This first one isn’t Penguins related, but I am just completely blown away by this Ben Roelisberger situation. Guilty or not, you just have to make better decisions…putting yourself in situations like this one time and again is just stupid! Here is the latest info released just this morning. Mike Tomlin talked candidly about the situation for the first time.

On to the Hockey!

As usual, here is Dave Molinari’s recap of the incident that went down in Detroit last night. Yes, I am not even calling it a game anymore…it was an incident!

Sticking with Dave Molinari, here is a notebook he penned from Detroit. He talks about several things, but points out that Wings Head Coach Mike Babcock has a new appreciate for Sidney Crosby after spending time with him as his Olympic coach. Not to be outdone, Penguins Head Coach Dan Bylsma was very impressed with what he saw out of youngster Jimmy Howard.

Tarik El-Bashir has some thoughts on the upcoming Pens/Caps game in his Washington Post Insider Blog. The Capitals coaching staff has been working them hard and putting them through some grueling practices to ensure that they remain focused. Brooks Laich says that the Penguins are just another opponent and he nor his teammates are dwelling on their two remaining games against the Stanley Cup Champs.

An update from Team Panjshir — the group of US Airmen over in Afghanistan working as part of their Provincial Reconstruction Team that I mentioned last week. Turns out that they were able to watch last night’s Pens/Wings game… only this update focuses on the fact that there were a couple of rival fans in the company!

Here is the latest from my pal Lindsey Ungar, who does work for NHL.com and the Wings official site. Here she recognizes the fact that Doc Emrick called his 3,000 hockey game last night. Congrats Doc!

Here is a very cool piece on superstition in sports. Not sure why they mention Sidney Crosby in the title and have his pic here, as I personally couldn’t find any mention of him in the piece. I guess Sid’s mug has the ability to sell a ton of fish wrap in Western Canada!

Lyle Richardson takes a look at the NHL’s 2010 Restricted Free Agents in his FOX Sports blog.

Jonathan Bombulie updates us on WBS Penguins goaltender John Curry and his impressive run since being returned to the team from Pittsburgh. Curry has gone 5-1-1 over his last seven games and is hoping for even more as the playoffs approach.

That will do it for this edition… more later…