(ed’s note: Sorry this is late going up gang! The holiday threw me off a bit… Butsie did a great job of getting this in last night as well! I just blew it! Merry Christmas! – Metz)

(ed’s note: Sorry this is late going up gang! The holiday threw me off a bit… Butsie did a great job of getting this in last night as well! I just blew it! Merry Christmas! – Metz)

Gaborik has a groin injury and the sun will come up tomorrow.

Lindsay Lohan is 100 days sober; I liked her better when she was ripping it up.

The Devils get a new coach and get blown out by the Islanders, not good. 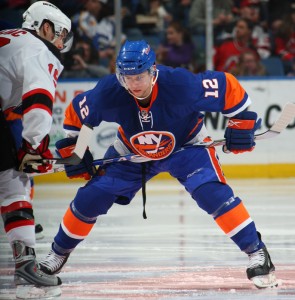 Josh Bailey had a big 3 point night after some much-needed time in the AHL.

Teams need to have the kids play in the AHL for a while, not all of them but some. Look no further then Turris and Boedker in Phx, they shouldn’t have been in the NHL till now.

The Black Eyed Peas will be the Super bowl halftime show, I hope when they Jump the Shark they actually land in the shark tank.

Eggo waffles stocks should be going through the roof, the Leafs aren’t getting any better for a long time.

When Mike Green gets 100% healthy and it’s coming soon the Caps offense will take off.

Speaking of the Caps, Neuvirth is your guy not Varlamov, trust me on this one.

Iginla and Benn with a classic scrap Thursday night, just a beauty fight and no pre planned crap.

Do the Devils do the right thing and re-build and move salary? Parise is a RFA after this season and as prime a candidate for an offer sheet if there is was one. Devils HAVE to keep Parise, he’s their best player and it’s not close.

Brent Johnson get the tweezers out, you’ll be riding the pines for the foreseeable future, your 15 minutes are up. Nothing wrong with being a solid back up.

I guess Mike Richards did know what he was talking about when he ripped in to Subban, every team is going after him.

Have a Merry Christmas hooligans.