Jim Butler is back with another edition of his much ballyhooed Saturday Morning Coffee!

I would be shocked if the Wings get Nabokov through waivers, something has to be up.

Mike Green drives/rides a Vespa… does this really shock anybody?

Speaking of waivers, the Blues lost Wellwood after losing Svatos, they just got Oshie back and Andy Mac isn’t far behind so they will be fine.

Eric, not Kyle, is the Wellwood you want.

I thought the Kings would be more than fine this season, apparently not.

The NFL can’t lose with the 2011 Super Bowl matchup. Imagine the Rex Ryan build up if the Jets beat the Steelers. 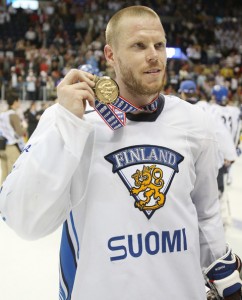 I wonder if the Habs wish they kept Saku Koivu and didn’t trade for Gomez.

Remember a few off seasons ago Briere, Drury or Gomez!! Wow, not even close now.

Odd comment here but I actually think the Devils will have a good second half. They still have some excellent hockey players.

First player picked in the ASG by Staal….Cam Ward!

I think the NHL should hire Paul “BizNasty” Bissonnette for the marketing of the game, I honestly believe he’d do wonders.

The Caps just can’t seem to keep the young goalies healthy, I wonder if they might look at Giggy down the road.

From the Good Job Bettman file- The owners of the Atlanta Thrashers claimed Friday to have lost more than $130 million since 2005 and at least another $50 million on the plummeting value of the NHL franchise because of a bitter dispute that ruined their plans to sell the team. Gary perhaps the Sun Belt might not be working.

Vernon Wells is now a LA Angel, makes sense since his bat has been dead for years.

Sunday afternoon Flyers vs. Hawks in a matchup of last season’s Stanley Cup Final, I have a feeling Turco will be thrown to the wolves in this one.