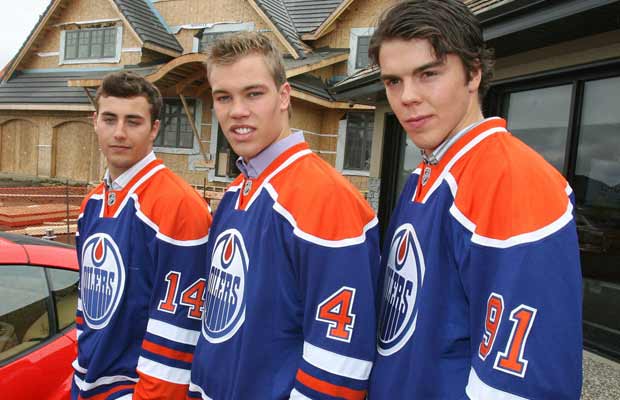 One month to the World Junior Championship, North America get pumped!!

RIP “The Spectrum” it was one of the best arenas because it didn’t feel like home! The Philly Flu could last a career.

Mike Green decides to actually play defense and now he gets hurt, I think he likes the rover spot better.

Metallica-Bleeding Me!!! Gets me fired up EVERY TIME.

At the start of the 2nd period are their more fans in the lower bowl in Dallas or Toronto, empty for different reasons!

Hang on; does anybody say Boom goes the dynamite anymore?

Happy Thanksgiving to my American friends, and a special thanks to the NFL for putting the perfect snooze fest Jets/Bengals on at 8:30 to put everybody to bed.

How many Hab fans does it take to change a light bulb? It takes eleven, one to change it and the other 10 to stand around and talk about what an amazing light bulb it was.

Oiler Fans be patient, a couple years from now this will all be in the past (see the Hawks and Pens). I say this because I heard an Oiler fan saying they should have taken Fowler not Hall last draft! RELAX.

Islander fans on the other hand, no clue what to say to you. The Jets may end up with more wins than the Islanders this year, that’s scary.

Ryan Nugent-Hopkins…………..some team is going to get really lucky at this summer’s NHL draft!