Over the last few years, Russia’s Kontinental Hockey League has been a ‘last resort’ for a handful of veteran players – specifically Russians.

Over the last few years, Russia’s Kontinental Hockey League has been a ‘last resort’ for a handful of veteran players – specifically Russians.  Sergei Fedorov, Sergei Zubov, Jiri Hudler, and Richard Zednik were some who made the jump to Russia in 2009.

This summer has been no different, as Evgeni Nabokov, Slava Kozlov, and – most recently – Pavol Demitra have bolted for the KHL after not receiving the desired contracts on the open market in the NHL.

Who will be the next to follow this slow, but steady, trickle of players overseas?

As far as a timeline goes, it’s impossible to predict since this has been the slowest-to-act free agent market in recent memory.  Everything seems to be at a standstill as a select few clubs wait out the Ilya Kovalchuk ‘saga’.  I don’t see him ultimately going to the KHL (even though it’s been used as a threat/decoy); but there is a laundry list of NHLers that I wouldn’t be surprised to see go over to Russia by summer’s end.

Two names that have been heavily rumored to head to the KHL are Alexander Frolov and Maxim Afinogenov.  Both could be asking for too much money right now, given the cap situation most teams find themselves in.  I think it’s more likely Afinogenov goes to Russia… but at the end of the day, I expect both to catch on somewhere if they’re patient.

Ukrainian Alexei Ponikarovsky has also struggled finding a new home this summer.  His dreadful late-season stint with Pittsburgh actually hurt his stock.  ‘Poni’ was expected to flourish next to Crosby and Malkin, but that didn’t happen.  He’s another guy who could be asking for too much coin, but could get it in the KHL.  It’s unlikely, but I wouldn’t rule him out going overseas as well. 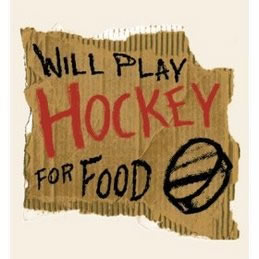 The more likely candidates to sign in the KHL are veterans.  Guys like Robert Lang, Miroslav Satan, and Fredrik Modin – who are presumably on their ‘last leg’ – may have to decide between a ‘tryout’ in training camp here in the NHL or to continue their career in Russia.  You can throw goaltenders Manny Legace and Vesa Toskala into that mix, too.

Some others that I wouldn’t be surprised to see test the KHL waters are Denis Grebeshkov, Ruslan Fedotenko, and Marek Svatos.

Players settling for the KHL is a trend that I believe we’ll see happen more and more often in the coming years.  More youngsters are receiving lucrative contracts immediately after their rookie contracts, which seems to be weeding out some useful veterans.  It’ll be interesting to see who else follows Nabokov and company overseas…