As most of you who read my blog know, I do not get into a ton of rumor talk…that is Ek’s department. However, at this time of year I do jump in with some speculation pieces and give my opinion on what is floating around. To this point there hasn’t been a ton of tangible talk that centered on the Penguins. That all changed over the past 4 to 5 days when the Birds were linked to both the Columbus Blue Jackets and the Chicago Blackhawks. 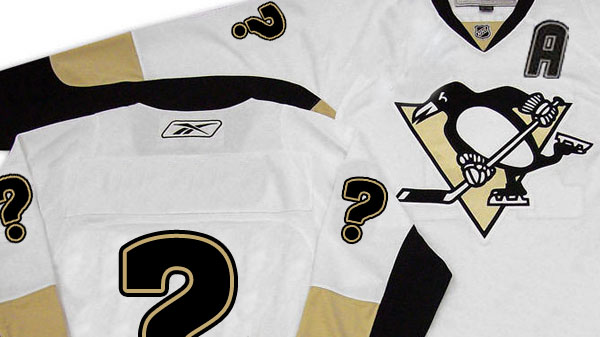 As most of you who read my blog know, I do not get into a ton of rumor talk…that is Ek’s department. However, at this time of year I do jump in with some speculation pieces and give my opinion on what is floating around. To this point there hasn’t been a ton of tangible talk that centered on the Penguins. That all changed over the past 4 to 5 days when the Birds were linked to both the Columbus Blue Jackets and the Chicago Blackhawks.

The Blue Jackets talk popped up this past weekend when local radio host, Mark Madden, mentioned several different trade scenarios that he felt the Penguins should investigate. He dangled the name of RJ Umberger, who hails from the Plum Borough, a suburb of Pittsburgh. I chalked the Umberger talk up to the fact that Madden had developed a good relationship with him over his years playing hockey in and around the Pittsburgh area before entering the National Hockey League. However I started to take the talk a bit more seriously when the Columbus Dispatch mentioned that the Penguins could have some interest in him.

I believe that Umberger would be a bit too expensive for the Penguins tastes, as everyone that I have talked too from Columbus says that he is highly valued by the team. One person I spoke with told me that Umberger has become a huge part of the heart and soul of the Blue Jackets team…those aren’t the types of guys that typically get moved, but stranger things have happened.

Another Blue Jacket that was linked to the Penguins is Raffi Torres. Torres has been rumored and or coveted by Penguins fans since his days in Edmonton. Our own Eric Smith had heard enough rumblings in Columbus that he checked in with me on Saturday night regarding a Jackets/Pens swap for Torres. E fully expected to see Columbus scouts in attendance at Mellon Arena on Sunday afternoon… Columbus didn’t end up scouting the game, but they did send Don Boyd to watch a couple of recent games. Boyd is a top dog amongst Columbus scouts and could have been identifying assets that would be asked for in any deal.

Aaron Portzline, who is one of the most connected writers in the game, mentioned Torres to the Pens as a possibility in a recent blog. It is worth noting that he also has him linked to several other teams… here is a clip…

“With wingers Nikita Filatov, Matt Calvert and Tom Sestito and others expected to challenge for a spot on the club next season, the Blue Jackets might deem Torres expendable.

The worst scenario for clubs in the Blue Jackets’ situation is to miss the playoffs and let their free agents walk away without compensation, something Howson is unlikely to allow.

Entering last night, the Blue Jackets were nine points out with 25 games remaining.

Washington, Pittsburgh and the New York Rangers are said to be interested in Torres, but there likely would be others, too.”

Torres could be a nice fit in Pittsburgh, though I am not sure that he would be all that much of an upgrade over some of the forwards currently on the roster. It is worth noting that he does already have 16 goals, all while spending large chunks of time on the Jackets fourth line. If it would work… Ray Shero would have to give it a look.

Another rumor to surface involves the Chicago Blackhawks and Jay McKee… That is one that I just don’t see happening. McKee is filling a valuable role for the Penguins right now and doing so a very affordable price. These rumors really came to the surface when McKee was a late scratch for the Penguins game against the Buffalo Sabres on Monday night… many figured McKee to be a healthy scratch, though it was actually due to an undisclosed lower body injury.

Tim Sassone of the Daily Herald in Chicago tossed some fuel on these rumors in a blog posting Tuesday afternoon.

Are the Blackhawks stepping up their efforts to acquire a defenseman for the stretch run?

There were plenty of rumors Monday pointing in that direction.

There were eyebrows raised in Pittsburgh on Monday night when defenseman Jay McKee was a healthy scratch against Buffalo. Could McKee be headed to the Hawks?

The 32-year-old McKee is a 6-foot-3, 210-pound physical, stay-at-home defenseman who interested the Hawks last summer before he signed as a free agent with the Penguins for only $800,000 after being bought out by St. Louis.

A number of veteran defensemen are believed to be available, including Carolina’s Aaron Ward, Toronto’s Garnet Exelby and the Kings’ Sean O’Donnell – all of whom have expiring contracts like McKee.

The speculation was further enhanced when Hawks forward Andrew Ladd left practice early Tuesday morning. Many thought that a McKee for Ladd swap had come to pass. It was later announced that Ladd actually left with an injury of his own.

I just don’t see this deal coming to pass…sure the Penguins’ and Hawks’ needs seem to dovetail nicely, as one needs a D-man and the other winger, but these components don’t smell of the type that would put either team over the top. Compounding my feeling is the fact that I don’t think the Penguins can afford to lose McKee right now. Though he has been inconsistent this season, he has still blocked a ton of shots and at times been the team’s best defensive defenseman. Cimaglia seems to think that the Hawks wouldn’t be so eager to move Ladd either.

Last but not least, Ray Whitney has been bandied about fairly often this season in regard to the Penguins. Sure, he would probably be a great fit, but there an awful lot of GMs in this league that feel the same way. There could potentially be a bidding war brewing and Ray Shero will not go over his predetermined value for any player. If he is brought in, it would probably be for a deal similar to that that brought in Bill Guerin last season — a deal containing an escalator based on how far the team advances.

I will talk more about what is floating around as we move towards the deadline, but I just don’t think anything is imminent as far as the Penguins are concerned right now.