We unveil a brand new look here at FTP and hit you with a number of news and notes! 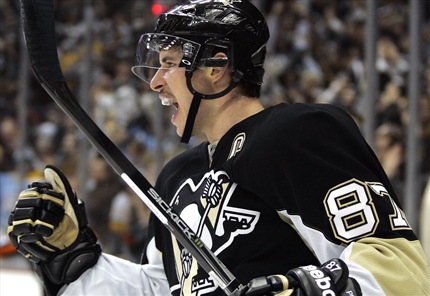 (As promised last week, we have unveiled the new look here at From the Point! Hope that you all like it! There will always be six “featured articles” at the top of the page, while all other content will be below as it has always been. Please let me know if you are having any problems with the site, encountering bugs etc. Though I am hoping that you won’t run into many! Along with the new look here, I will be unleashing a couple other projects that some or all of you may enjoy, so stay tuned for that info in the very near future! – Metz)

Though the Stanley Cup Finals are set and are about to get into full swing, the Penguins have already been home for over a month and are fully into their off-season. While some of the boys are on or planning vacations, team management is formulating their plans for the upcoming NHL Entry Draft and the league’s unrestricted free agency period. With all of that in mind, I thought I would give you guys a recap of what has been going on in Penguins’ land over the past couple of weeks. There are a good seven or eight topics to get through, so I will just lay them out with a heading and a blurb!

Crosby has obviously been a hot topic around these parts since word of his “setback” broke during the team’s breakout day at the Consol Energy Center. Will 87 be ready for the start of next season? Will he be cleared for contact anytime soon? Will he grow a second, third or even fourth head, thus making him an even bigger concussion risk? **Bzzzzz**

It appears that your friendly neighborhood franchise player has been making the scene in Europe during a much needed vacation. He and several teammates took in the Cannes Film Festival and from the looks of the photographs; the boys may need to keep an eye out for Tony Soprano.

On the concussion front, Crosby is slated to see his concussion specialist, Michael Collins at some point in the near future at which point a determination on his status could be made. He was originally scheduled to see Collins on 4/28/11, but the appointment was scrapped in favor of his vacation when the team was eliminated by the Tampa Bay Lightning on 04/27/11.

Team management and Crosby are still very optimistic that the Penguins’ captain will be ready for the start of training camp. Ray Shero went as far as to tell the Tribune Review’ Rob Rossi that Crosby’s “setback” was more of a “Step back” due to some minor headaches. Others close to Crosby have told Rossi that they think the headaches could have been attributed to a sinus infection.

All good news if you ask me…

Though the team currently has nine unrestricted free agents on the roster, there are two that have already been scratched off of the list. Both Alex Kovalev and Mike Comrie will not be brought back next season, thus rendering those Hilary Duff jerseys moot.

I am a bit disappointed about Kovalev, but only because I would have loved to see what he could have done with Evgeni Malkin or Sidney Crosby. Unfortunately those moments will only play out on your PS3s or Xboxes now.

I am sure that Kovy will find himself a job somewhere in the league; Comrie on the other hand, may be leaning towards retirement according to the Trib’s Rob Rossi.

As for the others who are barreling into unrestricted free agency, it looks as if talks are ongoing with Pascal Dupuis, Mike Rupp and Craig Adams. It wouldn’t be shocking to see all three retained at cap friendly prices. Cap friendly in that they may all see slight raises, but the bank shouldn’t have to break for them.

Four others are also waiting for calls from Ray Shero and company, Chris Conner, Arron Asham, Nick Johnson and Eric Godard. Personally I would be fine with any of the above being retained…they are all known commodities who bring something to the table. I would rank them as such: Conner, Johnson, Asham, Godard.

Johnson has shown some soft hands and plays on the right wing, something that could benefit the Penguins who don’t exactly have a ton of depth on the wing.

Conner had what I would call a break out year. Sure he is replaceable, but he is known and fits in. Same goes with Asham… he fit.

Godard is one luxury they just might not be able to hold onto, especially knowing that they have Deryk Engelland available for those tougher opponents.

TK is going to be a wildcard this summer. As I mentioned above, the team doesn’t exactly have a ton of depth on the wing, but they also don’t have a ton of cash available for a 21-goal scorer.

Kennedy definitely opened eyes around the league and in house at the Consol Energy Center, but there is word is that his camp would love to at least double his current salary of $725,000. Our pal Rob Rossi thinks that they could want as much as $2.0 million per season…something that I just can’t see the team paying.

While talking to Rossi about the situation Ray Shero mentioned that he isn’t really interested in going to salary arbitration with Kennedy and could consider trading the 25-year-old.

In the end I could see these two sides coming together, but if July 1st gets to close without a deal you could see his rights traded.

Shero told Rossi that he wants to keep Kennedy, but prefaced it by saying that he also wanted to keep Scuderi and Gill.

The Penguins currently have 17 players signed for roughly $55 million dollars… the league has yet to announce next year’s salary cap ceiling, though it could rise to a number in the low 60s.

The Penguins have severed ties with two of their prospects. Andy Bathgate and Viktor Ekblom were not offered tender agreements by the team and will become unrestricted free agents.

Bathgate showed some potential during his time in the organization, but the team was never really able to get a true read on him due to the fact that he just didn’t play a ton of hockey over the past couple of years due to injury.

“Andy Bathgate hasn’t played much hockey for a while,” assistant to the general manager Tom Fitzgerald told the Pittsburgh Post Gazette back in December. “You look at his numbers, and say, ‘Well, geez, he should be doing this or that. He’s a first-line center.’

“But he hasn’t played much hockey. He’s a tough kid to project because of the lack of games he’s played over the last 2 1/2 years because of his shoulder injury.”

Bathgate, a fifth-round choice and grandson of Penguins Hall of Famer Andy Bathgate, had 25 goals and 35 assists in 64 games with Belleville of the Ontario Hockey League this season.
Ekblom, a sixth-rounder who played for Linkoping in Sweden’s Elitserien had no goals and eight assists in 96 games there over the past two seasons. He played three games for the Baby Penguins this past season, but didn’t manage a point.