We’ve suffered through one hell of an offseason that saw more ridiculous drama than than a house full of teenaged girls. I am not sure anyone could endure another Kovalchuk joke, let alone another contract review. We also saw top shelf goaltenders hit the unemployment line or leave the country to find a job.

We’ve suffered through one hell of an offseason that saw more ridiculous drama than than a house full of teenaged girls. I am not sure anyone could endure another Kovalchuk joke, let alone another contract review. We also saw top shelf goaltenders hit the unemployment line or leave the country to find a job. 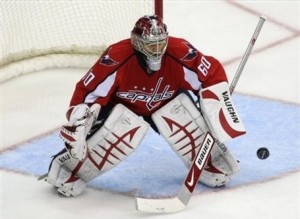 Jose, Evgeni, you got pushed out because of price tags not lack of talent. For some reason, a Stanley Cup final that featured journeyman goaltenders pretty much made you obsolete. Personally, Jose had one hell of a year and got a raw deal but that’s the business, I suppose. (and Jose finds an NHL job in Minnesota after a long wait)

The Pens saw some losses, that frankly, I’m not sure that I’ve heard from complaining about Fedotenko leaving. There was some sobbing over Bill Guerin not being re-signed and then appearing in Philadelphia to skate with the Flyers. It was pretty obvious that he has/had no interest in leaving the east coast given his family is based in the Tri-State area. (At the time of this writing, Billy G accepted a tryout offer with the Flyers). Jay McKee silently slipped away. There were HUGE parties thrown when Ponikarovsky signed in Los Angeles. I was a huge proponent of bringing him to Pittsburgh at the trade deadline, the tangibles were there, sadly….his game was left in Toronto. Ahh, memories….

Which brings us to the worst part ….. Sayonara, Sergei! I hope Ottawa treats you well, and your defensive liabilities are long remembered in Bylsma’s game plans when the Sens are in the house.

Then you  look at our new friends coming aboard this year:

Obviously as the door was hitting Gonchar in the @$$ on the way out on July 1st, Michalek was coming in another door and just a bit later in the day, Paul Martin would join the party. I would forgive most Pens fans for not knowing enough about Michalek, he played in the Western Conference so far for his career.

Just in case you may have forgotten who Paul Martin is (Guerin put him down for most of last season with a shot on the forearm), maybe this will help you remember:

Ray Shero answered the call and filled the biggest need for the Pens defense (if you thought wingers were the biggest issue, take a look at the stats again). He went and grabbed 2 of the top 4 available free agent defensemen on the market.

Next up, Arron Asham. This signing was STELLAR. I cannot tell you how many times I muttered profanity while watching him play for the Flyers against the Pens. If anyone has hangups about Asham being a Flyer, it’s time to deal with it.

Mike Comrie, the  wild card….can play all forward positions, doesn’t shy away from contact despite his size, and potential for 30 goals….

for a measly $500k and I can’t blame any GM for taking a chance on that deal.

It’s hockey season…and there’s only one way to demonstrate exactly what that feels like…..