Congratulations go out to our friends over at Yinzcam, Inc! The Official Pittsburgh Pens app that they developed has exceeded 10,000 combined downloads on on the iPhone and Android platforms! 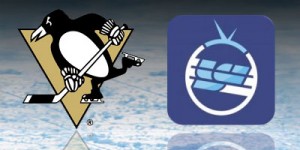 Congratulations go out to our friends over at Yinzcam, Inc! The Official Pittsburgh Penguins application that they developed has exceeded 10,000 combined downloads on on the iPhone and Android platforms!

Have you downloaded the Official Penguins Application for your Android or iPhone yet? If not, you are missing out. The application is one of the easiest ways to keep tabs on your favorite flightless waterfowl while on the fly.

You can access the Penguins schedule, the latest news from the Penguins official site, and get tons of streaming video which includes interviews, special features and jumbotron content. You can also access up to the minutes statistics for the entire Penguins line-up which is powered by NHL.com.

There is a built in Twitter feed, which will pick up any tweet containing a #Letsgopens hash tag. I have also noticed that it is grabbing plain #pens and #penguins tweets…that Penguins-centric feed is worth the time it will take you to download the app.

One last feature that I think is very cool allows you to create your own “Jumbotron” keepsake. The app allows you to snap a photo of yourself, your pet, your great Aunt Tess or whoever else you would like and then it inserts it into an image of the Jumbotron at Mellon Arena making it appear as if you were shown.

It is also worth noting that if you are in Mellon Arena you use the application to access the Yinzcam and it’s features… it is definitely one stop shopping for Penguins fans, especially those who are often on the go. Get it today!

(shots from the Android version)