Another UFA day is behind us, but the fun is just beginning! Here are the top remaining UFAs at each position in my humble opinion. 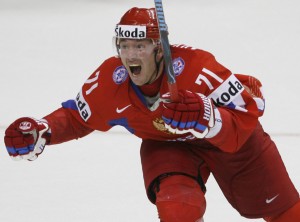 I am beginning to wind down after a huge hockey filled day. It started off with some “day job” responsibilities… no fun whatsoever. That finished up around 11:00 AM and I was quickly on the road for home to kick off my Versus chat that was scheduled to run from 12:00pm through 3:00pm. The chat was a great success, as many of them have been, and that is a tribute to you all. Thank you so much for being there! There were many great questions flying around the room and you kept our panel pretty busy.

Speaking of the panel, I must thank them again. They really brought it today! We had Adrian Dater from the Denver Post/Versus.com, Rob Rossi from the Pittsburgh Tribune Review, Joe Haggerty from CSNNE.com in Boston and the great Shawn Roarke from NHL.com. They all shared a ton of insight… some broke signings in the chat, and we all had a great time.

Special shout out to my man Rob Rossi who essentially gave us a play by play as the Penguins were signing Zbynek Michalek and Paul Martin. He was giving ongoing live updates in the room and finally gave us the confirmation on both.

From there it was time to do a couple quick updates for the site and then a spot with the boys over at XM at 7:00pm. I have spent the last couple of hours following rumors, stories, tweets etc and am ready to hit the hay.

Before bedding down for the night I did want to give you my picks for the top players left at each position.

So without further adieu, here they are listed from Forwards on down through Goalies.

Tomorrow has the potential to be another interesting day. I wouldn’t expect much movement from the Pittsburgh Penguins unless they come to terms with Bill Guerin. Otherwise they are expected to sit back for a bit to see who is left after the dust settles.

Overall, even with the batch of UFAs not being the sexiest that we have ever had, the first day was a blast! We shall see what comes down the pike over the next few…

Thanks for following along! More in the AM…