The National Hockey League announces a Free Fan Festival that will take place outside of Heinz Field starting on 12/31/10. 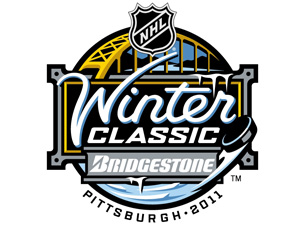 The National Hockey League has been rolling out information regarding the Winter Classic and its surrounding events all week long. I just received the following information regarding a “Free Fan Festival” that will be held outside of Heinz Field on December 31, 2010 and January 1, 2011 prior to the start of the game. See all of the details below… also stay tuned for some pre-game notes when I arrive at the CONSOL Energy Center for tonight’s game between the Penguins and Panthers.

NEW YORK (December 22, 2010) – The National Hockey League in conjunction with the City of Pittsburgh will extend the celebration of the New Year’s Day outdoor game between the Pittsburgh Penguins and Washington Capitals with its official 2011 Bridgestone NHL Winter Classic® Spectator Plaza, a free, two-day fan festival just outside the gates of Heinz Field.

On Friday, Dec. 31 and Saturday, Jan. 1, Art Rooney Avenue and W. General Robinson Street will transform into an outdoor hockey and entertainment festival for fans of all ages with live musical performances, interactive hockey-themed attractions, prizing and giveaways, food, beverage and merchandise tents.

During the two-day festival, the Bud Light Beer Garden tents will be offering concessions to Spectator Plaza guests; visitors and fans can interact with roving stilt walkers, get their photos taken through “Fanfoto,” and have their faces painted and caricatures drawn on game day.  Stilt walkers from Entertainment Unlimited will provide roving entertainment and McDonald’s will distribute samples of its McCafé specialty coffee beverages.

Fans can test their shooting skills at the Bridgestone Slap Shot Activation in Spectator Plaza, where visitors will take to the ice to go one-on-one against a goalie from a youth league in the Pittsburgh area.  Media is also invited to participate, and live shot and other stand-up opportunities can be arranged throughout the morning of Dec. 31.

Geico’s “cave” at Spectator Plaza will include a “Guess The Puck” contest for chances to win prizes and a remote control monster truck obstacle course.  The Caveman will also be onsite, interacting with fans at Spectator Plaza and filming video throughout Heinz Field for four webisodes that will be available at NHL.com.

Inspired by Sidney Crosby’s favorite childhood pastime of shooting pucks into a clothes dryer in his parents’ basement – and in homage to the popular television commercial that debuted earlier this year – Reebok will invite fans to do the same at its Zigloo activation area within Spectator Plaza.

Cisco will offer fans the opportunity to experience Cisco ūmi™ telepresence, a first-of-its-kind consumer product that brings family and friends together in HD video, whether they are around the corner or across the country, in a living room-styled RV at Spectator Plaza.

Honda will showcase the all-new 2011 Honda CR-Z, Odyssey and the Accord Crosstour at Spectator Plaza and host NHL alumnus Pat LaFontaine at the Honda Tent for a special autograph session on Dec. 31 beginning at 3:00 p.m.
On Dec. 31, the day’s events begin at 8:30 a.m. and will include the exclusive live NHL Network™ broadcast of the Pittsburgh Penguins and Washington Capitals team practices from Heinz Field, which fans can watch on the jumbo video screen at Spectator Plaza.

Game-day festivities begin at Spectator Plaza at 9:00 a.m. on Jan. 1 and will include a live performance by local cover band Tokyo Radio from 10:00 a.m. to 12:15 p.m.  A hockey-themed ice sculpture will be created by Mastro Gourmet Quality Ice.