The Pittsburgh Penguins kick off the Eastern Conference Semi Finals on home ice this evening against the upstart Montreal Canadiens.

The Pittsburgh Penguins kick off the Eastern Conference Semi Finals on home ice this evening against the upstart Montreal Canadiens. The Penguins earned their spot by dispatching the Ottawa Senators in 6 games, while the Canadiens got here by playing amazing defense, being special on special teams and getting strong goaltending.

As we head into the series it is time to break it down area by area so that you have a good idea about how things will go down.

The Penguins probably have the better high end talent, as they can trot out Sidney Crosby, Evgeni Malkin and Jordan Staal on consecutive shifts. Crosby burned through the Ottawa Senators defense in round one, picking up 14 points (5G-9A) in the six games. Malkin hasn’t done as much as some had hoped to this point, but has still been effective, especially on the power play where he has notched 3 goals. The supporting cast has been great, with no less than ten forwards picking up goals in the series against the Senators. Guys like Matt Cooke, Chris Kunitz and Bill Guerin have been very effective in supporting roles.

Make no mistake; the Canadiens also have some dangerous scorers. Mike Cammalleri has been one of the best players in these playoffs and rewarded the Habs for the contract they gave him with 10 points (5G-5A) in the upset of the Capitals. Tomas Plekanec (2G-5A) and Andrei Kostitsyn (3G-3A) have also been very effective thus far. They have also gotten a nice contribution from their secondary scorers as Dominic Moore has notched 2 goals and Brian Gionta 4 points (2G-2A) in these playoffs.

The Penguins boast a veteran group that is led by Sergei Gonchar. Gonchar had a nice first round notching 6 assists and a +7 rating. Brooks Orpik has developed into a solid shut down defender that is very mobile and makes a great first pass. Mark Eaton is very steady and is known for making good decisions with the puck. The youngsters on the blue line Kris Letang and Alex Goligoski have played a ton of playoff games for their age and though they have their ups and downs, they are very effective. Jay Mckee has also been solid for the team after rejoining the line-up after Jordan Leopold was knocked out by Andy Sutton during the first round. Dan Bylsma may soon have to make a decision on these two, as Leopold looks to be close to returning to action.

The Canadiens defense did a wonderful job in the first round of stymieing the Washington Capitals vaunted offensive attack. Hal Gill and Josh Gorges combined to form a shut down duo that tortured Alex Ovechkin all series long. They blocked a ton of shots, didn’t allow many rebound opportunities and made life a lot easier for their goaltender throughout. Andrei Markov has long been the leader of this group of rearguards and that hasn’t changed. The talented Russian is lethal on the power play and plays a ton of minutes in just about every situation. Roman Hamrlik has been steady and youngster P.K. Subban has been a big bright spot in the two games he has played. The one big question for the Habs –will Jaroslav Spacek be able to play? He was felled in the first round by a virus and was one of the Canadiens most effective rearguards before making his exit.

Marc Andre Fleury didn’t start the playoffs on a high note turning in a fairly lackluster performance in game 1 against the Senators. However, as is his history, he bounced back strong with some very solid play in the remainder of the series. He made big stops throughout the series and did a great job in stopping the bleeding last Saturday night as he held the Senators to 3 goals, allowing his team to come back for the victory. Make no mistake; he is a big game goaltender.

Jaroslav Halak was the sweetheart of round one and will be a tough test for the Pittsburgh Penguins. I personally believe that the series against the Capitals wouldn’t have hit game 7 had the Canadiens just let him do his thing… then again; getting pulled and then benched might have given him the chip on his shoulder that helped him pull a Stonewall Jackson against the Caps. He plays his angles perfectly, stops just about everything that he sees and is quickly proving himself to be a big game goalie himself. I fully expect him to pick up where he left off in round one…shaky hands and all.

The Penguins power play got it done in round one against the Senators. The unit scored 7 goals and looked better than it did throughout most of the season. Evgeni Malkin picked up 3 of the power play goals and Sergei Gonchar did his usual solid job of quarterbacking the unit. It is very tough to defend the unit that features Sidney Crosby, Malkin, Gonchar, Bill Guerin and Kris Letang when it is clicking.

The penalty killing was another story for the Birds, as the previously solid unit killed only 67% of the chances against. Getting the PK on point is vital to having success in this series.

The Canadiens were very successful on both sides of the puck on special teams. They scored on 20% of their power play opportunities, most of which were huge different makers in their series. Mike Cammalleri picked up two of the tallies and has been firing the puck when up a man. The Habs also have some great defensive manning the points; Andrei Markov is the quarterback of the unit and has the ability to be a power play point per game player. Marc Andre Bergeron isn’t very effective five on five, but he is a specialist on the power play and has the ability to unleash a deadly slap shot on the power play.

The Canadiens penalty kill has been amazing thus far and its battle with the Penguins power play could be the difference in the series. The unit allowed only 1 goal in the series against the Capitals, shutting them down 32 times…amazing. Look for a player like Dominic Moore to be out there against the Pens top unit often. 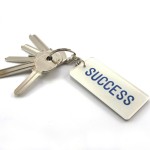 The Penguins have got to get to Jaroslav Halak early in the series. No over thinking when it comes to making plays to the net…shots on goal and crash the crease for rebounds as they did in securing their game 6 victory last week.

The Birds will also have to be great on special teams, stopping the Montreal power play from scoring, while picking up goals on their own opportunities.

Match the Canadiens defensive tenacity and hard work. Hard work has the ability to beat talent any day of the week.

On the Canadiens side of things, there isn’t a ton that needs to change. Halak is going to have to remain at the top of his game…no soft goals.

The Canadiens need to continue to push forward as a unit, they have been the hardest working team in the playoffs to this point and it is a big reason why they advanced. No rebounds, no bad plays in their own zone.

Timely scoring… exactly what they did against the Caps. Weather the storm and cash in on the opportunities that come to them.