Finally in Raleigh after a long day of delays and traveling woes!

Well, it wasn’t easy and the road was long, but I finally made it to Raleigh for this weekend’s All-Star extravaganza. I will share some of the finer points a bit later, but wanted to give you a quick update.

First of all, the weather is great! Which is very nice considering what we were dealing with in the North East earlier today. The minute I stepped into the Airport I knew that I was in a town that was featuring a league event. There were All-Star Weekend signs all over the airport.

When I headed towards the baggage claim area there were tons of volunteers with “All-Star” signs willing to direct me to where I was going. Which at that point was towards the league shuttle…which was complimentary…in case you were wondering. I was the only rider, so I had a great conversation about the town with my driver. We also talked Bill Cowher, NC State, Duke, North Carolina, Steelers, Packers and Carolina Panthers. He was disappointed that Mr. Bill didn’t get the head coaching job when John Fox wasn’t brought back.

The shuttle had some troubles getting me to the hotel, as there were a lot of streets blocked off, but he managed to get me close enough. As I approached the Marriott I was greeted with huge portraits of Sidney Crosby, Alex Ovechkin, Henrik Sedin, Jonathan Toews and Cam Ward. 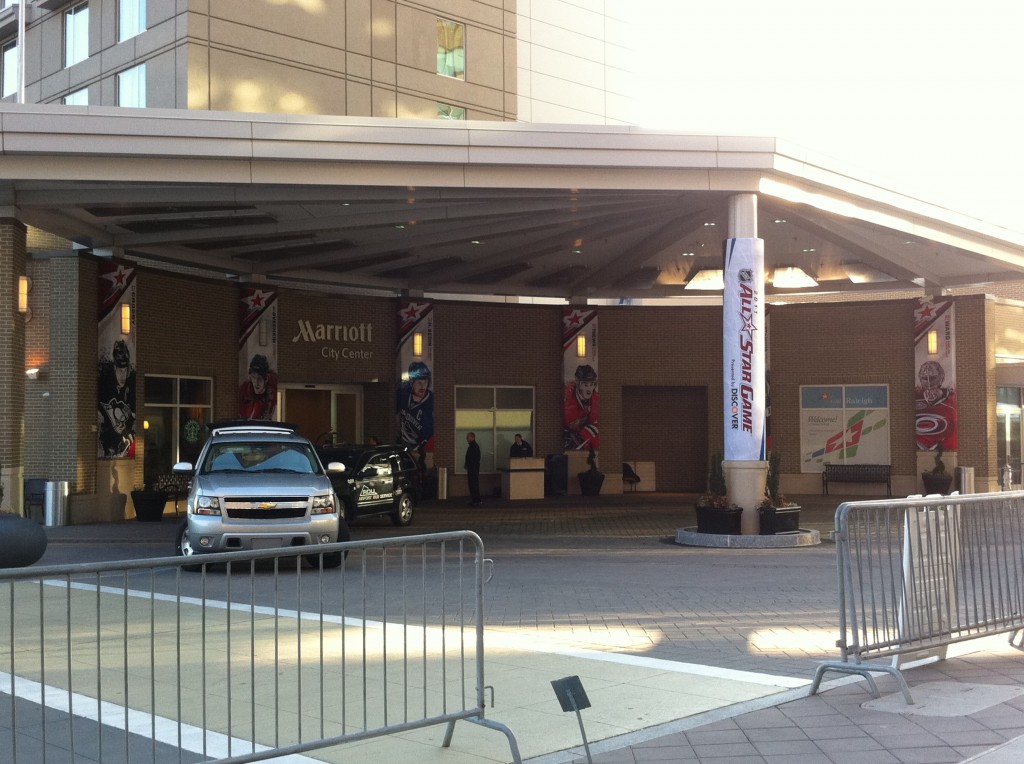 From there it was off to the front desk, where I was greeted my another player montage… this one headlined by Anze Kopitar.

These signs were just a tease of what was waiting outside. There is signage up and down the main drag between the Marriott, Sheraton and Convention Center. There are crews setting up stages and tents that will be used for the fan fest that kicks off tomorrow afternoon. There is even a mini ice rink that is part of the Winter Fest that is going on.

As I walked over to the Sheraton to get my credential I passed a ton of action shots that are placed on the surrounding buildings. Your Pittsburgh Penguins were featured prominently in a couple of them. 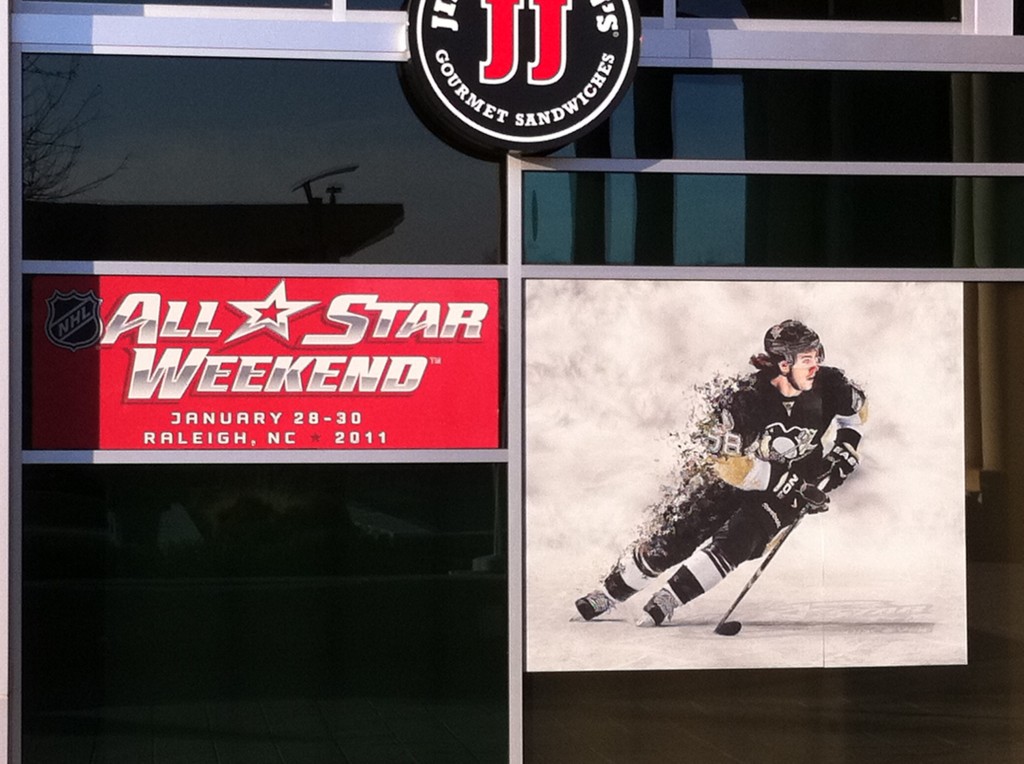 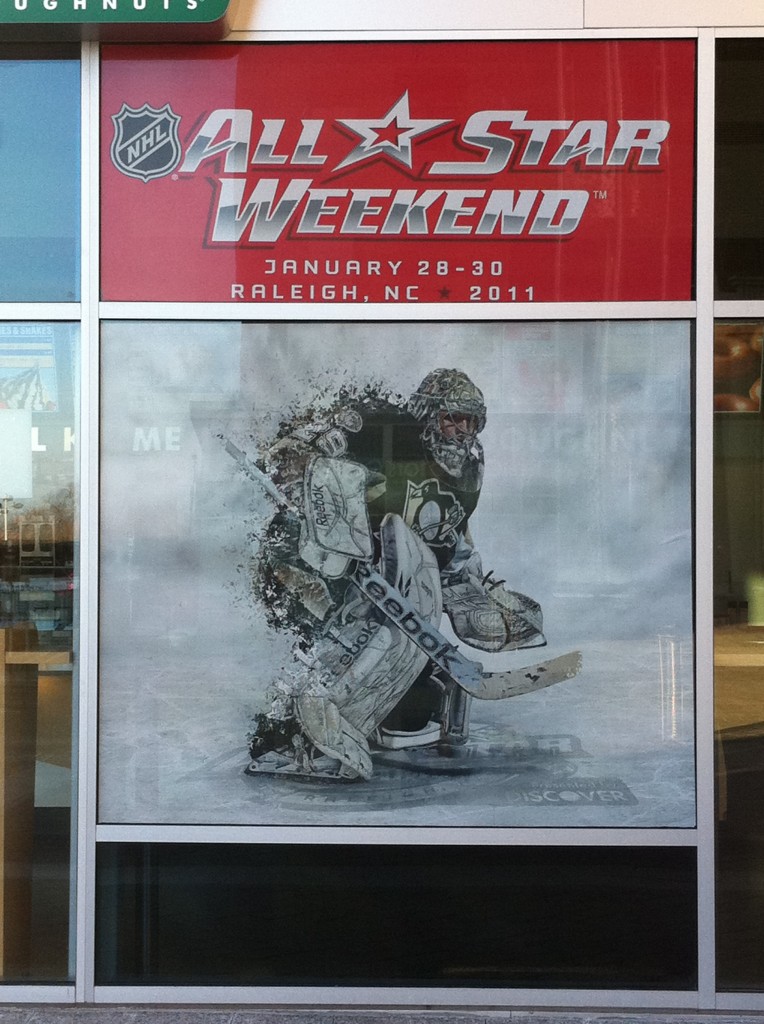 I have only been here for about an hour, but it is already shaping up to be a great weekend. Keep it here for updates on everything that is going on as we roll through the draft, the skills competition and the All-Star Game itself.

I will also be hosting a series of chats over at Versus.com during all three events, look for the links in my twitter feed… off to a meeting, more in a bit…