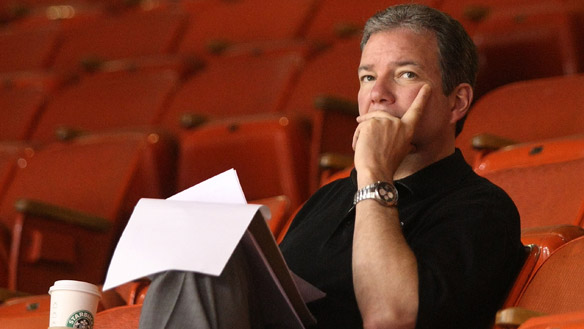 It has been a while since we have had anything from our pal George Von Benko up on the site, but that all changes today.

A few years ago George started a tradition of sitting down with Penguins’ General Manager Ray Shero a couple of times per season to get his take on a number of issues surrounding the team. The talks tend to take place at the beginning of the season and again right before the playoffs.

George sat down for his yearly post-season talk with Shero a couple of weeks back and got him talking about a variety of great topics:

As I said, George conducted this interview about a week before the playoffs were to begin, but the info is solid. I hope that you guys enjoy it! Look for more from GVB here in the near future!

(In case it isn’t obvious, you can hear the full interview via the player below.)

** George Von Benko is a long time fixture in the Western Pennsylvania sports scene and can be heard hosting his weekly sports talk show on WMBS Radio in Uniontown (AM 590) airing every Saturday from 10:15 am to 12:00 noon.