Neal added to the All-Star Game as a replacement for the sulking Alex Ovechkin. 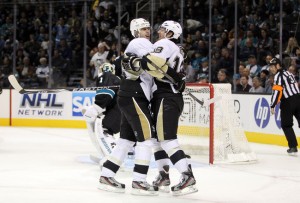 Well, the league did what Penguins fans have been clamoring for since the All-Star rosters were announced just about two weeks ago, they have added James Neal to the festivities as a replacement for the sulking Alex Ovechkin. Many believed that Neal should have been included from the start, however I wasn’t so sure.

You have to remember, Neal wasn’t quite a household name just yet. Sure he has scored 25-goals in each of the last three seasons, but many folks had his dismal second half from last season fresh in their minds. Yes, Neal is in the middle of a career year, but at the time of the roster announcements, the Penguins were mired in a six-game losing streak and he had been held scoreless in each game. (Though he had 2-goals disallowed over that stretch)

The Penguins sniper was sitting at 36-points (21G-15A) and had very compatible numbers to the likes Jarome Iginla, Patrick Kane and Marian Gaborik. All of which had made more of an impression on the selection committee over a number of past years. Neal’s time was on the horizon, but he just wasn’t quite there yet.

However, once he got the news that he was not included in the game back on Jan. 12, he said and did all of the “Eh, it’s no big deals” that anyone else would have, but went on a mission to get his name into the heads of those who would choose the injury replacements.

Yes, he had credentials prior to this run that were worthy, but when your team isn’t winning, and you aren’t scoring Neal went on a roll, scoring 11-points (6G-5A) over the seven games since the “snub,” jumped all the way up to 13th in the league’s scoring race and into a second place tie for goals with Jonathan Toews. People noticed and he got himself into the game…

Congrats Nealer! I am sure he, Geno, and Tanger are going to have a blast in Canada’s capital city…  during the dry stretch, people tend to overlook you.

Moving forward, he will be more likely to be included, as he is now putting himself in the “household name” category…