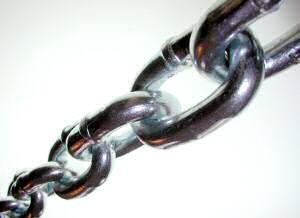 Greetings from a rainy, dank and dreary Monday morning here in Pittsburgh, Pa. At least we made it through the weekend with nice weather…in fact; to say it was nice is an understatement. It was actually beautiful. The kind of days that didn’t require a jacket, but weren’t yet too hot. If only we could manage to keep that year round… ah, to dream!

Anyway…enough about the weather…we have far too much to get to this morning!

First of all, if you didn’t get to check it out yesterday, I was honored to have been selected for one of my favorite segments. The boys over at Puck Daddy asked me to participate in their “Five Reasons why I love hockey” series. I join many other bloggers, celebs and hockey folks who have participated in the past and I was thrilled to do so!

Rob Rossi of the Tribune Review catches up with Bill Guerin to talk about team consistency and what it is going to take to win another Stanley Cup this season. Guerin seems to be as baffled by the Penguins lack of consistency as anyone and speaks about the team using the final ten regular season games to right their ship.

Joe Starkey of the Tribune Review talks plus/minus… not so much in regard to the league’s players, but the league itself!

Sticking with the Tribune Review and Rob Rossi here… a very nice read about Penguins Captain Sidney Crosby and his quest to become even better. Rossi gets varying opinions on Crosby from a coach, a friend, a father and a father figure.

Shelly Anderson of the Pittsburgh Post Gazette catches up with Evgeni Malkin to get his take on life in the big city, sports in school and the fact that he will be named the Dapper Dan Sportsman of the Year this Thursday evening.

Shelly Anderson also took some time to pen a piece regarding the Penguins first trip back to Joe Louis Arena since hoisting the Stanley Cup there last June. Will the team linger on the memories of its past triumph? It cannot, according to all she spoke with.

Jason Seidling pens this piece for the Penguins official site about an Army Sergeant who came into Pittsburgh Saturday specifically to see the Pens game against the Hurricanes. By Sunday morning, he had taken in the game, met Mario Lemieux and was headed back to Texas.

Eric Tangradi made his long awaited return to the Baby Penguins line-up after missing six games with concussion symptoms. He and the Penguins power play blew past Rochester for a big victory.

The Wheeling Nailers are fighting for a playoff spot, but the chances of them making it are looking grim. Here is the latest…