The Penguins Developmental Camp will open up Tuesday July 13th and run through Saturday July 17. 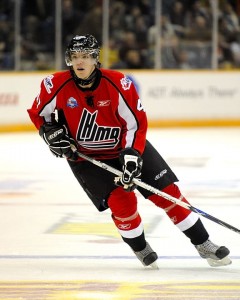 The Penguins Developmental Camp will open up Tuesday July 13th and run through Saturday July 17.

The rooks and prospects will take part in a series of on-ice practice and scrimmage sessions at Southpointe, medical and fitness testing at the UPMC Sports Medicine Complex on the South Side and workouts, meetings and seminars at Mellon Arena.

The good news for many of you is that the on-ice sessions at Southpointe will be open to the public.

The roster for the event shakes out as such:

This will be a great opportunity to see some of the Penguins top prospects in action before they actually get a chance to compete for NHL roster spots in the team’s full training camp in September.

I will be taking in much of the action on and off of the ice and will keep you posted on any developments.