Dan Scifo, who has had a monster weekend for FTP, is back with another piece for you… this time taking a look at the rainy conditions of the Winter Classic… 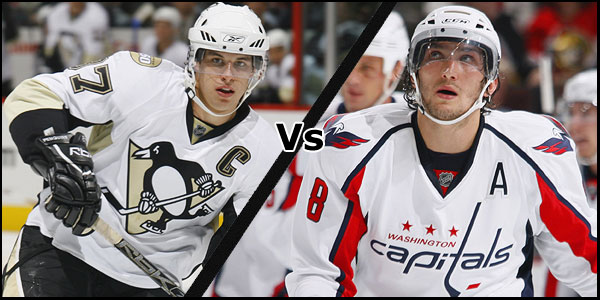 PITTSBURGH — You won’t find the Pittsburgh Penguins blaming the wet weather for their woes at the Winter Classic.

With Washington ahead by a goal, the rain started coming down in the second period and reached its heaviest point early in the third but the Penguins ultimately couldn’t overcome the elements, falling to the rival Capitals, 3-1, during the National Hockey League’s annual Winter Classic in front of 68,111 at Heinz Field in Pittsburgh.

“(The ice) wasn’t like inside conditions, but it was the same for both teams, so I don’t think it affected the game,” Penguins’ forward Max Talbot said. “It was fair for both teams.”

It might have been fair, but that doesn’t mean it wasn’t difficult to play in. Many players said the puck bounced too much along the ice, hindering stars like Sidney Crosby and Alex Ovechkin, who were both held without a point.

“I think when it started to come down pretty good, you could see the puck started to bounce even more,” Crosby said. “Obviously for the first two periods there wasn’t much of an issue there.

“There was a light rain at one point, but other than that it was pretty consistent. We knew it was something we were going to have to deal with so I don’t think it is a complaint.”

Goaltender Marc-Andre Fleury didn’t make any excuses after mishandling a puck behind the net, leading to a turnover that led to what turned out to be the eventual game-winning goal by Eric Fehr.

Both teams adapted to the conditions by simplifying their games and dumping pucks deep into the zone rather than looking for the extra pass.

“It didn’t seem like the puck would always sit in the proper area of your stick,” Penguins’ forward Chris Kunitz said.

“Obviously the puck was bouncing so you try to look at it so it doesn’t bounce over your blade and as soon as you looked up there was a guy coming,” Dupuis said. “It was the same for both teams though.”

Visibility was a concern, however for players wearing visors and many removed their shields when the rain picked up in the third period.

“I couldn’t see anything with the water coming into it,” Dupuis said.

The game, originally scheduled for a 1 p.m. faceoff, was moved to an 8 p.m. prime-time setting, under the lights, because of weather-related concerns. The weather made an impact, but many maintained it didn’t dampen the game.

“I think it was a success,” Penguins’ defenseman Zbynek Michalek said. “It was under the lights, prime time, it’s never been done before, and I think it added another element to the game.

“It wasn’t easy at all, but the elements are part of the game and that’s what you expect when you play outside.”

The Penguins, playing in their second Winter Classic in four years, are used to the elements as heavy snowfall played a part in their shootout victory against Buffalo at Ralph Wilson Stadium. A weather delay was a possibility with this one as the rain potentially could’ve caused an unsafe playing surface, but it didn’t come to that.

“I think it’s still great for hockey and the NHL did the best it could,” Talbot said. “You want to play a game and make an event and if you delay it, then it’s tough.”

Despite the hype and the build up, it still counts as two points in the standings and the Penguins will move on Jan 5 against Tampa Bay.

“We have a lot of hockey left,” Talbot said. “Obviously it’s something we would’ve liked to win, but it’s not like this is the Stanley Cup Final.”