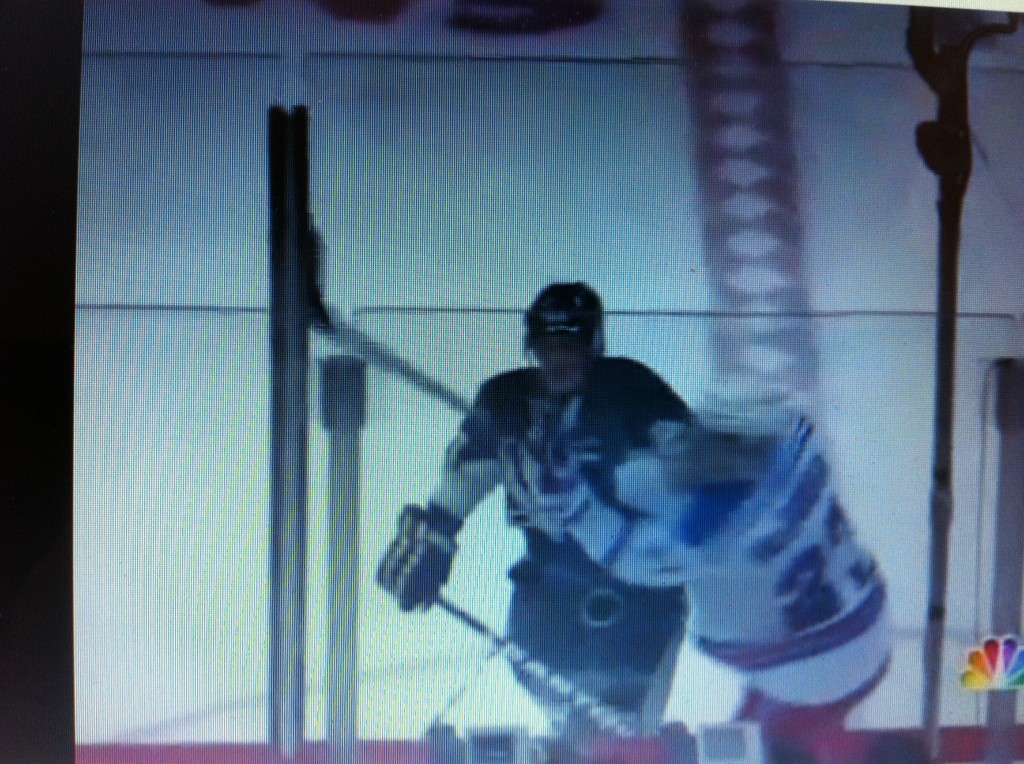 Headshots have been a hot button topic for the league for more than a year. Some look at a hit that Mike Richards laid on David Booth last season as the one that kicked off the debate, but most finger the Penguins’ Matt Cooke as the key suspect in the head shot investigation.

Cooke laid out the Bruins’ Marc Savard with what was at the time a legal hit in the league during a late season tilt between the two teams. Savard came very close to missing the rest of his team’s games, returning only for a brief cameo during the playoffs. He has also missed most of this season due to the lingering effects of post concussion syndrome.

Cooke’s hit on Savard was just another in the long line of questionable actions for a player long known for walking the league’s fine line between good and bad. Unfortunately his reputation for occasionally taking things a bit far was the main ammunition used when folks were attacking team owner Mario Lemieux back in February for his comments regarding how the league’s discipline is doled out.

That penchant for taking things a bit far and or crossing the line was again on display today and will likely result in Cooke missing games due to discipline for the second time this season.

The feisty Penguins’ forward was skating a shift during the third period of his team’s game with the New York Rangers Sunday afternoon. The game was knotted at 1-1 and there were two huge Eastern Conference points on the line. Cooke came across the ice and looked to lay a check on Rangers’ defenseman Ryan McDonagh, which would have been completely fine in the eyes of the world. However, just before making contact, Cooke threw his elbow up and caught the young defenseman on the chin.

Luckily the player was fine and finished out the game, even helping set up the Rangers’ fourth goal, but Cooke was issued a 5-minute major and a game misconduct.

The locker room was decidedly frustrated by the outcome of not only the game, but hit Cooke laid on McDonagh.

There was the usual smattering of, “well, I didn’t really see it yets” and “we’ll have to take a look at its” but there weren’t a lot of folks going out of their way to defend the action.

“Personally I didn’t see it, but obviously that the play was enough to give him a five, so I am going to assume it’s not a good thing,” said Jordan Staal.

Staal wasn’t the only one that thinks that the league may be taking a look at this hit and making a determination on some disciplinary action.

“I don’t think that you can talk about eliminating head shots from the game as we have as an organization and not expect that to be examined as it looks to be contact right to the head on the play and they’ll look at that and treat it as such,” said Penguins head coach Dan Bylsma.

Before answering the above question, Bylsma indentified Cooke’s play as undisciplined and I am sure he addressed it as such with the player post game. Cooke was not available for comment following the game.

Unfortunately the incident took away what had been a pretty solid effort for this team through the first 48 minutes or so. Even after the Cooke penalty, their penalty kill was getting the job done. They got a huge shorthanded goal from Chris Kunitz and were ahead 2-1, but that is where the good times ended for the team.

The Birds were issued another penalty when Matt Niskanen’s stick was lifted causing him to lose control and high stick Ryan Callahan. That double minor, combined with the major that they were already killing proved to be too much and they eventually yielded a goal to Marian Gaborik and then another :11 seconds later to the aforementioned Callahan.

That 3-2 disadvantage was quickly extended to 4-2 when Ryan McDonagh took a lead pass as he was coming out of the penalty box and went in alone on Marc Andre Fleury. Fleury made the initial stop, but Derek Stepan was there to clean up the garbage and knocked home his 19th of the season.

The Rangers closed out the day with an empty net goal by Brandon Dubinsky and marched out with two huge points in the standings.

While the Penguins and Matt Cooke await some kind of league ruling on the elbowing situation, the team must head to Detroit for a Monday evening affair with the Detroit Red Wings – not exactly a great situation.

Jordan Staal, who scored a nice breakaway goal this afternoon, led both teams in shots with 6.

Chris Kunitz, who notched a shorthanded goal off of the rush, had 4 shots on goal and 3 hits in the game.

The Penguins outshot the Rangers 40-27 in the losing effort.

Ryan Callahan finished the afternoon with 3-points (1G-2A) and was one of the best Rangers on the ice this afternoon.

Brandon Dubinsky, who always seems to play well against the Birds, also notched 3-points (1G-2A) on the afternoon.