Fans can vote for Mario Lemieux’s top goal in a new video tournament. 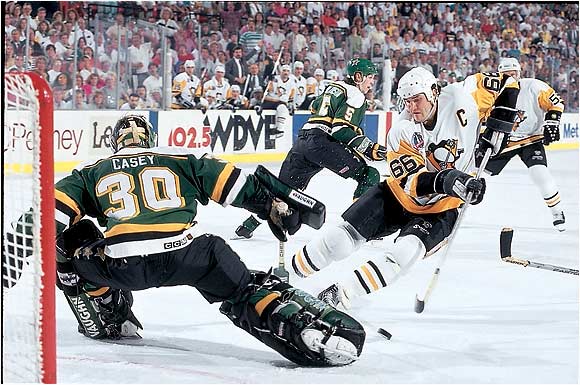 Starting Wednesday, Penguins fans can vote on the greatest goal Mario Lemieux ever scored in the “Mario Moments” video tournament, presented by GNC.

It is the first of four such video tournaments in the GNC Live Well Matchup series that will be available this season at www.pittsburghpenguins.com

The tournament’s bracket system features 16 goals scored by Mario during his career, facing off against each other in one-on-one matchups. Each day, a new matchup will open to fan voting. The winning goals will advance to the quarterfinals, semifinals and then finals.

Fans can win prizes by participating, including gift cards from GNC. The grand prize for the “Mario Moments” tournament will be an autographed Mario Lemieux jersey and a $100 GNC gift card.

Voting will take place from Dec. 1-Dec. 30 at www.pittbsburghpenguins.com. Three other Penguins-related video tournaments will be held in January, February and March.