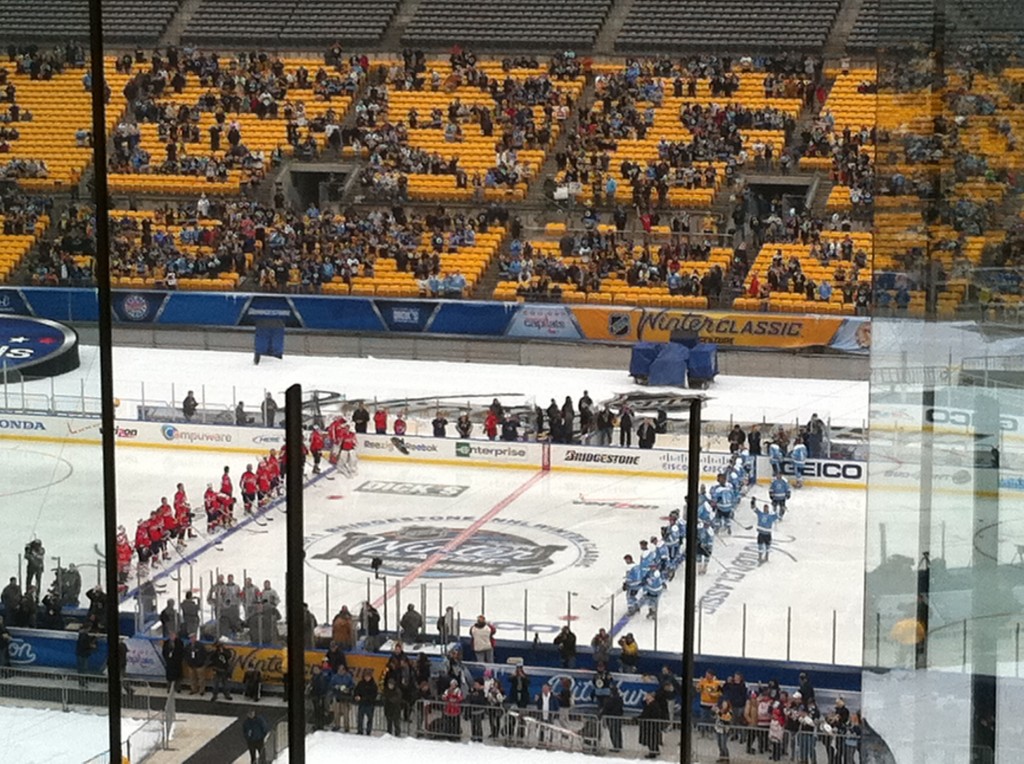 First they tore it up on the ice and then they made it happen in the interview room… both Mario Lemieux and Paul Coffey had some very interesting things to say about the Alumni Game, the state of the game today, Sidney Crosby, Alex Ovechkin and how their own accomplishments differed from those of today’s stars.

Mario said that what Sidney Crosby is doing now is much more impressive than any of his personal accomplishments based on how different the game is.

(I stole this pic from our friend Angie Carducci!) 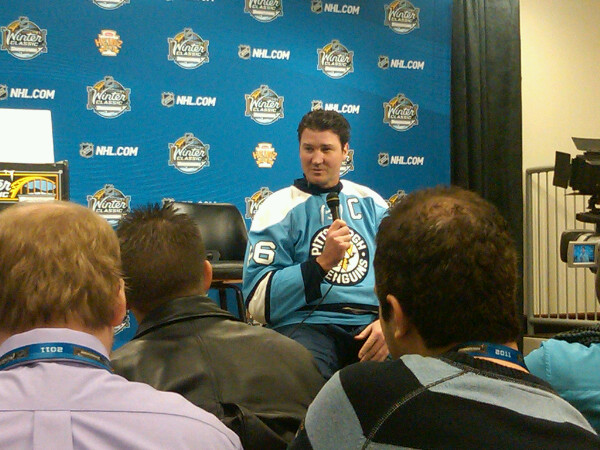 (Both files are available to listen to on the FTP audio page over at Talkshoe. You should be able to access them via the embedded player…)

For any French speakers out there, Mario answers two or three questions at the end of his presser in French…