A collection of news and notes as we head into the 7:00pm battle between the Penguins and Coyotes. 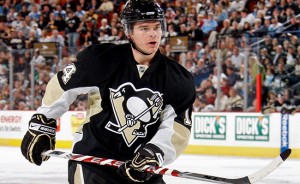 The Penguins haven’t taken the ice since consecutive losses to the Flyers and Rangers last week, but the lay off has done them good as several bodies are ready to return to action. Both Evgeni Malkin, who had been battling a knee issue (though he returned before the lay off) and Chris Kunitz practiced this morning and are expected to be in the line-up.

Kunitz will return to his usual spot alongside Sidney Crosby and Pascal Dupuis, while Malkin was centering a line with Matt Cooke and Max Talbot.

Crosby was excited to have Kunitz back in the line-up, but made a point to mention that the team’s game won’t change because of it.

“It will be good,” Crosby told the gathered media and the Pens official site following this morning’s skate. “We’re not going to be doing anything different, though. It’s important  (to have him). It brings some speed and chemistry there. So it’s a good thing if he’s back and healthy.”

Here are some additional notes from this morning…

Though most in Penguins nation haven’t missed him, Dan Bylsma delivered an update on Mike Comrie’s injury status. He gave some details not only regarding the cause of the injury, but the rehab that Comrie has been going through since…(via the Pens official site)

“An update on the Mike Comrie situation,” Bylsma said. “Mike injured himself in the second game of the season. He played with it and tried to rehab it for the time he played. He’s since been rehabing and trying to strengthen his hip. He is scheduled to continue to do that. On the 27th he’ll see a doctor to see his hip and where he is with that. Mike’s been rehabing since he hasn’t played. He’s been dealing with it since the start of the season to the point where he needs to see a doctor and see what he can do.

“He’s been rehabing to see how much strength and if the pain will go away. He’s had some improvement. But we need to go see a doctor.

“Mike hurt himself early on and didn’t play the way he thought he could play or the way he played in preseason. He was trying to battle through and work with the injury he did have. At one point it did get worse. That’s when we removed him from the ice, settled it down and started the rehab. The rehab wasn’t getting to the point where he was improving.”

This doesn’t sound like a great situation for Comrie, who has been in and out of the line-up ever since the injury occurred. I am sure that we will get an update following his meeting with the docs.

Sidney Crosby, Alex Ovechkin and Jeremy Roenick made an appearance on the Price is Right this morning to introduce a special Winter Classic themed showcase… in case you missed it, here is the footage…

The girl who was playing for the showcase didn’t exactly seem thrilled about the prospects of heading to an ice cold Pittsburgh for an outdoor hockey game… she didn’t have to worry about it, as she ended up over bidding and losing the prize.

Our buddy Rob Rossi posted this info regarding the much ballyhooed Mario Lemieux statue at the CONSOL Energy Center yesterday afternoon…  here is a link to article: Rossi Lemieux Statue Article

Here are some of the details:

• It will capture Lemieux circa 1988-89, statistically his best season and one of the elite in NHL history, with Lemieux posting 85 goals and 199 points.

• The design is Lemieux splitting two unidentified defensemen, each from the New York Islanders. Surnames and numbers are not likely to appear on the opposing players’ sweaters per Lemieux’s request.

• The statue will rest at the front of Trib Total Media Gate at Consol Energy Center along Fifth Avenue a few steps south of Mario Lemieux Place, behind Civic Arena. A section already is bricked off, with potted plants holding the place where the statue will be situated.

• Members of the Penguins ownership group are paying for the statue as a gift to Lemieux. This is not part of the new arena’s original $321 million price tag.