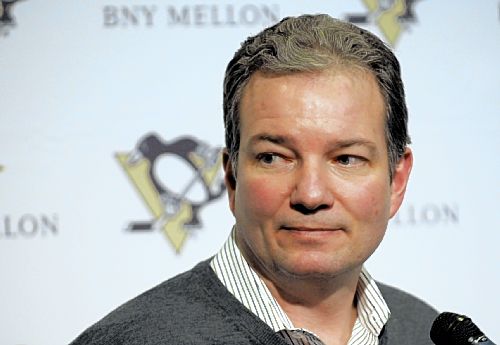 Sorry for being a bit late on this, but I was in the car driving home when it was released.

Ray Shero has issued a statement in regard to the suspension that was handed down this afternoon for Matt Cooke and it isn’t a pretty one. Where the team has in the past offered its support for Cooke, they have elected not to do that this time. Shero’s words are direct and to the point.

The team has seemingly laid down a gauntlet for their “problem child” — get with the program.

Here is Shero’s comment: (the team sent the comment out in bold, so I have chosen to leave it that way.)

“The suspension is warranted because that’s exactly the kind of hit we’re trying to get out of the game. Head shots have no place in hockey. We’ve told Matt in no uncertain terms that this kind of action on the ice is unacceptable and cannot happen. Head shots must be dealt with severely, and the Pittsburgh Penguins support the NHL in sending this very strong message.”

I would say that the second and third chances appear to over. I would also take this to mean that they are going to look hard at whether to keep him moving into next year, though that is just my own conjecture at this point.