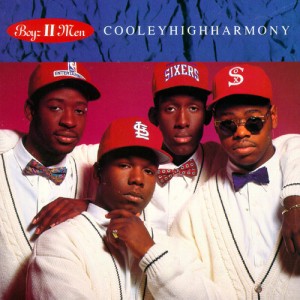 Well boys and girls, it looks like we are nearing the end the road. The long awaited collaboration between Beasts of the SouthEast’s Jon Jordan and I will wrap up tomorrow evening with an epic Game 7 between the Penguins and Lightning.

No matter who wins tomorrow evening, this series and collaboration has been a blast. Jon and I have long wanted to work together on a project and this series provided the opportunity. It has been an honor to work with not only a friend, but a guy who I have a great deal of respect for, knows his stuff and is an amazing writer. I feel that this project has probably made us better friends as we have spent a lot more time interacting, writing, podcasting and getting to know each other a bit better. Knowing that Jon and I have come through the ranks in roughly the same way made the entire things better. I think that we might have even opened a couple doors for future works, but you’ll have to stay tuned to find out more about that.

I really hope that you all enjoyed the collaboration as much as we enjoyed putting the time and effort into it. It has been a blast…

We may hit you all with a final wrap following the game tomorrow night, but our plans are still a bit up in the air. We’ll keep you posted! Here are JJ’s Game 6 aftermath questions… enjoy!

BM – It is pretty obvious that the Lightning are carrying a significant amount of momentum into Game 7, however the Penguins have a good bit of experience when it comes to clinching in those emotional, pressure packed games. One need only look at their Stanley Cup run in 2009 to see that, as they won huge Game 7s against both the Capitals and Red Wings en route to winning it all. Do you think that the wave of momentum that the Lightning is riding is enough to overcome the Penguins perceived experience advantage in Game 7s? 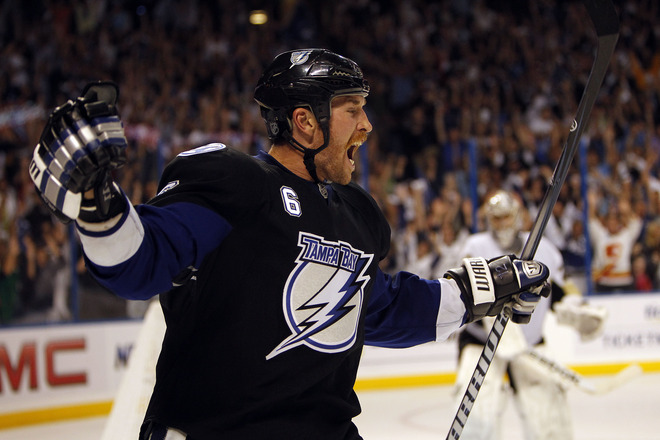 JJ – I will start to answer this by letting you know of what I am absolutely, positively, 100% certain, having watched this team as closely as I have under Guy Boucher. They will treat game seven as nothing more than their next task at hand. Their coach doesn’t allow for anything else. All season long, no matter how high or how low the team was supposed to be, Boucher made a point to reinforce the idea of getting the latest result, good or bad, out of the collective heads of the players (and his own as well) as soon as possible and re-focusing on the next one. I seem to recall several postgame pressers ending with something along the lines of, “I’ve already forgotten about this one and I’m focusing on [next opponent] as soon as I leave this room.”

Now then, all that being said, there’s no getting around the fact that this will be the single biggest game in the careers of many current Lightning players. What that does, even to the most-disciplined individual, is a total unknown until, well, until it isn’t. So, there’s always that very real wild card variable that could skew things one way or another.

But, look at that… I haven’t even answered your question, have I?

Consider again what I did say – side-stepping the actual query and all – and you should expect of his players. My answer is very much the same:

Is the wave of momentum itself enough to beat Pittsburgh at home in game seven? Absolutely not. The Lightning need to bring far more than just perceived momentum to the table tomorrow night if they hope to have any chance whatsoever. Forget game six. Forget momentum. It’s one game, with the season on the line. Period. That’s how both teams have to approach it, in my opinion and, having been able to do that on multiple occasions under Boucher (albeit, each time, with far less on the line than there will be tomorrow), the Bolts are capable of doing just that.

BM – Though the Penguins are still getting their chances, some of these Lightning victories are starting to look a bit familiar. I know that I asked you a similar question earlier in the series, but I thought I would hit you with it again — are you seeing a game plan that resembles the one that the Montreal Canadiens employed in taking a seven game series from the Penguins last year? It looks like it to me… the Bolts might be yielding more shots than they would like, but they are largely coming from the outside. Plus they are giving Dwayne Roloson a good look at almost everything. They have done a great job of keeping the Penguins to the perimeter and taking away the middle of the ice, when they Birds have gotten in close they have scored some goals. I think that again taking away the middle of the ice will be a huge key in tomorrow’s game…what say you sir?

JJ – I think you’re spot on. And, really, the Lightning jamming things up on the Pens and allowing, for the most part, relatively weak chances doesn’t require much more in the way of analysis. What does, however, to me, is why in the world the Penguins would continue to do the same things that lead them nowhere.

More or less, they’ve advanced directly toward the trouble area in Tampa’s defensive scheme repeatedly – heading straight into the fire, so to speak, and the results for the Bolts have been largely positive. Instead – and I’m no tactician, so I won’t offer any specific suggestions – they just have to try something different because, obviously, in games five and six, what they’ve been doing just isn’t working.

On the flip side of that, why change anything if you’re Tampa Bay? By and large, the Lightning have simplified things and have seen success thereafter. Stick with what works, I always say. The danger there, however, arises if and when Pittsburgh figures out that “something else” we talked about, in terms of a varied attack plan. If the Penguins break through early and pop in a goal or two, it will be on the Lightning to adjust on the fly, neutralize the Penguin attack and, oh yeah, get the game tied back up (at least). Even so, in games three and four, even though they lost, the Bolts showed an ability to do that as well already!

Damn… Did I just uncover MORE that is seemingly going the Lightning’s way?

BM – You asked me a similar question, so here is yours… as you said, we and many around the league knew that this series had a chance to go seven games and it has. Do you still feel that the Birds will take this one? A Game 7 comes down to an “anything can happen” situation and this has been pretty unpredictable throughout. Who on the Lightning team has got to rise up to secure the victory? I know that I have been a bit hard on him in the series, but can Roloson finish what he has started here and secure the win? Is there a Lightning plan to offset the Superstar Max Talbot who thrives in big games? (tongue and cheek question…haha) Now that I look at it, this question is sort of designed to allow you to ramble on a bit on anything that you so choose!

Tell you what: I’ll take the bait, just this once.

When I picked the Penguins in six, I did so thinking their experience would overpower the talent level of the Lightning and I also, as you well know, figured that, if things got hairy for the Pens, we’d see Sidney Crosby at some point. Now, that doesn’t look like it’s going to happen, even with Pittsburgh in an elimination game but, even without Sid, I still thought the Pens had enough to get past the Bolts. Obviously, a win away (still) from advancing, they still do, so I have to give them that. But I never accounted for the resiliency level and the pride of this Lightning bunch – and shame on me for that because I should know better.

After four games, I don’t think either club had played their best game but the Pens were up 3-1. Facing elimination, I gave the Lightning enough credit that I was almost certain they’d win game five (remember, I had this series going six) but I never thought they’d blow Pittsburgh out of their own barn. That led me to start thinking they might be able to come all the way back. And then, in game six, they got contributions from just about everybody – what this team is all about, really – and cooked my prediction, in terms of how long the series would go, anyway.

But I think they’ve also cooked my prediction, in terms of a winner as well – and good on them for that.

I think the Pens are spent and, maybe you’re right, maybe in was the double-OT game that did it to them. The Lightning just don’t quit and they work, work, work. They may have lost the battles of games three and four but Pittsburgh left Tampa far beyond that “knowing they’d been in a hockey game” crap cliche. They knew they were in the midst of a war.

With that battle mentality – something Dwayne Roloson has had attributed to his individual game, by the way, time and time again in his career – and considering what they’ve done to make this a one-for-all situation, I’m saying the Lightning have what it takes to eliminate the Penguins and I’m saying they’ll get the job done.

It won’t be easy – the Pens have too much pride for anything even remotely similar to Saturday’s whitewash – and I agree with you in that another overtime result wouldn’t surprise me at all but the Bolts win game seven, in my eyes, in a one-goal game of some sort. That’s what my gut tells me now…

Who has to rise up? Another gut call here but I’m going to say the captain, Vincent Lecavalier has a big game seven for Tampa Bay. He’s had a remarkable rebound year, even despite missing some time to injury (yet again) and has consistently shown shades of his once-dominant self since the beginning of January. What better time to be a prime time player, lifting your team into the next round than in a game seven scenario?

Vinny and the Bolts get it done. Bank on it, Metzer!!!

(Or don’t… And remember I originally picked the Pens, should it happen to go the other way!)