Tonight Rossi went to press with an exclusive interview with Sergei Gonchar. Personally, I am still getting my head around the fact that he is gone. 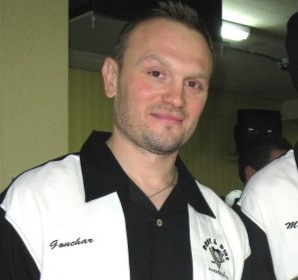 I realize that Rob Rossi is not always the most popular newspaper guy in Pensnation, but for my money he has really grown into one of the most connected guys in the city. Say what you want about him, but he always gives you a great opinion, a great analysis and most of all a great scoop. He gets almost every Pens tidbit before anyone else in the city, doesn’t always get it out there as quickly because he is double and triple verifying… something that he does so as not to mislead you, the fans. I respect the hell out of that, especially in a world of people saying ridiculous things like Malkin to LA…

Tonight Rossi went to press with an exclusive interview with Sergei Gonchar. Personally, I am still getting my head around the fact that he is gone. Yes the Penguins D will be fine thanks to the shrewd wheeling and dealing of Ray Shero, but I will miss Gonchar. As Rossi says to Sarge in this interview, he was one of the most impactful players in Penguins history and played a huge part in their revival. I won’t forget that and I hope you won’t either…

Here is the interview…

Did you enter last season thinking it would be your final year with the Penguins?

It was tough for me to call him and say, “Oh, OK, I’m with Ottawa — goodbye.” It was not like that, but we did talk on Wednesday. He understands from both sides, I believe. I talked with a lot of my teammates or heard from them by text message before Wednesday, and after; it was not just Evgeni. I heard from Sidney (Crosby) and Max (Talbot). I had great relationships in Pittsburgh. That won’t change.

What did Malkin say when you told him you were leaving?

(Laughs) I can tell you, but only in Russian.

There was no shortage of interested teams, so why the Senators?

Well, it is a Canadian city. You know how Canada is with hockey; playing up there is something special. If I was going to leave, I wanted to go someplace where hockey really mattered. Also, we played against them a lot in the playoffs and I do believe they are a good team. They played us very tough in the playoffs. They are very close to winning the Cup, and I believe I can help them go that next step.

The Penguins weren’t willing to give you a third year, and a lot of people believe their reluctance was the sensible move.

Yes, I can say before you ask that it motivates me. My goal is not to play just until that third year. I want to play in the NHL until the (2014) Olympics. They are in Russia, and I would love to be there for my country. Three years was never going to be the end of my career.

How do you view your legacy with the Penguins?

You (media) guys can decide that. I never thought about it, and it is tough for me to judge right now. Everything was so quick. I woke up a Penguin on Wednesday and just after noon I was with Ottawa. Maybe in a year or two you will have a good answer to that question, you will write something and I will let you know if I agree or disagree.

I can say now you were one of the most impactful players in franchise history, but I’m curious if you believe playing a vital role in the Penguins’ revival was important for your hockey legacy?

I honestly have never thought one second about that. What I will remember is playing for a first-class organization that treated me and my family well. What we had in Pittsburgh was a great atmosphere, great friendships and, for me, special teammates. That is why I wanted to stay.

Your start with the Penguins was rough by your own admission. Fans warmed to you, but some of them said you shouldn’t be re-signed. They were unhappy with your performance in the Game 7 loss against Montreal. What is your last message to them?

Thanks for everything, and I mean that. The first year I was not as good as I would have liked to be, and I would like to say to them thank you for getting over that. They turned around and cheered me, and the people were always kind to my family. All that energy at the (Mellon) Arena — I had never played with home crowds excited for hockey.

Read the rest of the accompanying article here.