A number of local and national recording artists have been announced to perform in and around the Winter Classic. 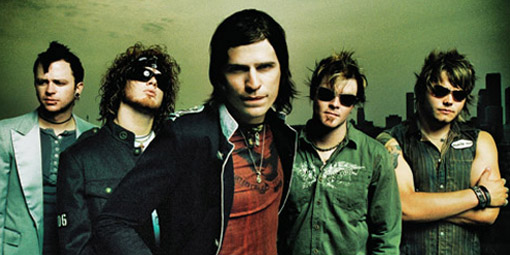 The National Hockey League has announced the line-up of musical talent that will be on hand for the Winter Classic next week in Pittsburgh and there should be a little bit of something for everyone.

First up, the league has tapped America’s Got Talent’s and Pittsburgh’s own Jackie Evancho to sing the United States National Anthem. Evancho rose to stardom during last seasons AGT run and stole the hearts of a nation with her angelic voice.

Here is her capsule from the league’s release: 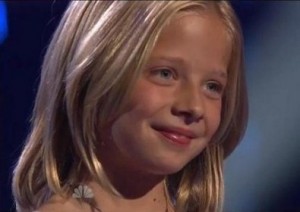 Jackie Evancho – U.S. national anthem
Evancho, a fan of her hometown Penguins, will perform the U.S. national anthem prior to the start of the game. Evancho became an instant star during her first on-air performance of Puccini’s “O Mio Babbino Caro” on the NBC talent show.   Following her second place finish in the talent competition, she made numerous national TV appearances, gaining millions of fans.  Soon after the November 16 release of her seasonal CD/DVD debut, O Holy Night (Columbia), the album entered the Billboard 200 at No. 2, securing Evancho’s position as 2010’s top-selling debut artist and the youngest female solo artist to debut during the Soundscan era. Evancho recently received her first platinum certification by the RIAA in recognition of sales of more than 1 million.

The Canadian National Anthem will be performed by Steven Page, a former singer and founding member of uber-successful Canadian band, the Barenaked Ladies.

Here is his capsule from the league’s release: 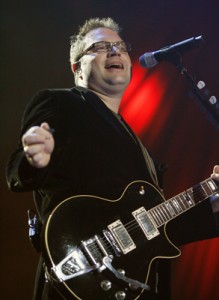 “I’m honored to have been asked to sing the Canadian anthem at this year’s NHL Winter Classic in the great outdoors in one of my favorite cities – Pittsburgh,” said Page.

National and multi-platinum selling recording artists Hinder will perform pre-game. They have quickly become one of hard rock’s favorite party bands having toured with the likes of Buckcherry and Motley Crue over the past couple of years.

Here is their capsule from the league’s release:

Hinder – pre-game
Multi-platinum selling rock band Hinder will open the historic outdoor game at Heinz Field with a live performance.  Originally from Oklahoma City, the band has sold more than 3 million albums in the U.S. with their two previous releases, Extreme Behavior and Take It To The Limit.  For the past five years, the band has toured the world continuously, reinvigorating the rock community with its infectious party lifestyle.  Hinder’s epic 2006 debut album, Extreme Behavior, became a mainstay on the Billboard Top 200 Album charts for more than 70 weeks, launching five successful singles, including the multi-format No. 1 smash hit, “Lips Of An Angel.“ Their sophomore release, Take It To The Limit (Universal), debuted at No. 4 on the Billboard 200 and included hits “Use Me” and the Top 40 smash and video hit, “Without You.” Hinder’s third studio album, All American Nightmare (Universal), was released on December 7, 2010 and debuted at No. 1 on the iTunes Rock Chart and No. 6 on the iTunes Singles Chart.  The first single, “All American Nightmare,” is a Top 10 track at Rock Radio and the video has more than 500,000 views on Vevo and YouTube.

“We are thrilled to be a part of such a special and unique event. It will be an honor for us to be able to perform in front of 68,000 people at Heinz Field,” said lead singer Austin Winkler. This will be an experience we will never forget!”

Last but not least, Pittsburgh’s own The Clarks will be performing during the first intermission. The Clarks have long been a favorite in the Pittsburgh and national scene bringing their unique brand of rock to the masses. The will be honored in town on 12/29/10 by having the day named in their honor, as they perform their 2,000th career show.

Here is their capsule from the league’s release:

The Clarks – first intermission
Born out of the Pittsburgh region, The Clarks have been making music for almost 25 years, selling out venues across the country and performing on a variety of TV shows including the Late Show with David Letterman. In 2009, The Clarks released their first full length album in five years, Restless Days (Clark House Ent/Fontana). Featuring their signature sound of straight-ahead, guitar-driven rock, the album included a rollicking cover of “What A Wonderful World,” which was commissioned by the Pittsburgh Penguins and used as part of the marketing campaign for their 2008-09 Stanley Cup winning season. Restless Days earned the band its highest ever Billboard chart debut and they were dubbed “Pittsburgh’s finest rock band” by USA TODAY. Most recently, the band released an EP called Songs In G which features reworked versions of a few of their classic songs as chosen by fans.  The Pittsburgh City Council has declared December 29, 2010 “The Clarks Day” as the band will celebrate their 2000th show that night at Pittsburgh’s newest venue, Stage AE.

“The Clarks are thrilled to be Pittsburgh’s musical ambassadors for this year’s Winter Classic,” said bassist Greg Joseph. “It’s an honor to be a part of such an amazing sporting event and to give it a little hometown flavor.”

Adding these talented artists to an already amazing experience should make the event even more enjoyable! Stay tuned for more news on the events surrounding the Classic as they become available.