Sidney Crosby was named the first star of the month for the month of December. 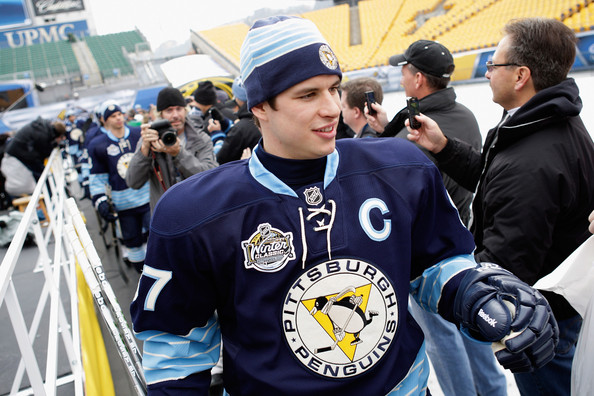 Sidney Crosby was named the first star of the month for a second consecutive month as he led the Penguins to a 9-3-1 record in the month December. Crosby notched 24 points (14G-10A) in his team’s 13 games to lead all league scorers. He also rode out his 25 game scoring streak for most of the month. The streak, which ended on December 29th, was the longest streak in the league since Mats Sundin’s (Nordiques) 30 game streak back in 92′-93′.

Crosby is joined in the monthly honor by Roberto Luongo and Nicklas Lidstrom who were named the second and third stars of the month respectively. See the full release below…

Crosby earned NHL First Star honors for the second consecutive month, leading all players with 24 points (14 goals, 10 assists) in 13 games as the Penguins posted a 9-3-1 record. He tallied points in each of his first 12 games to extend his point streak to 25 games, the longest by an NHL player since Mats Sundin of the Quebec Nordiques notched a point in 30 consecutive games in 1992-93. Crosby tallied multiple points in eight games, starting with a natural hat trick in a 3-2 victory over the Atlanta Thrashers Dec. 2. He tallied a pair of goals each in victories over the Columbus Blue Jackets (7-2, Dec. 4) and Toronto Maple Leafs (5-2, Dec. 8) and recorded two goals, two assists and a season-high +3 rating in a 6-3 victory over the Atlanta Thrashers Dec. 28. The Penguins captain leads the NHL in goals (32) and points (65), on pace to set single-season highs in both categories. 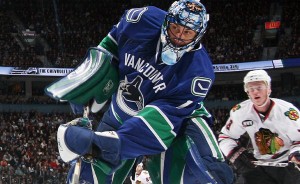 Luongo posted a record of 8-1-1 with a 2.07 goals-against average, .922 save percentage and one shutout in 10 starts, backstopping the Canucks to the League’s top record in December (11-1-2). Luongo allowed two goals or fewer seven times, highlighted by 32 saves in a 3-0 victory at Chicago Dec. 3 for his 53rd career NHL shutout. He concluded the month with a 35-save performance in a 6-2 home victory over Philadelphia Dec. 28, ending a 14-game winless streak against the Flyers in Vancouver. With an 18-8-3 record in 29 appearances this season, Luongo is on pace for his sixth consecutive 30-win season. The 31-year-old Montreal native also is 12 victories shy of becoming the 25th goaltender in League history to reach the 300-win milestone.

Lidstrom led all defensemen in scoring with 16 points (eight goals, eight assists) in 16 games, helping the Red Wings remain in contention for first place in the Western Conference and overall League standings. Lidstrom posted a pair of four-point outings, his first on Dec. 15 against the St. Louis Blues when he notched his first career hat trick and added one assist in a 5-2 victory. He repeated the feat against the Colorado Avalanche on Dec. 27, recording one goal and three assists in a 4-3 overtime win. Playing in his 19th NHL season, the Red Wings captain ranks second in scoring among NHL defensemen with 37 points (11 goals, 26 assists) in 39 games.