We got Wyant’s predictions, how about a go with some from Metz? 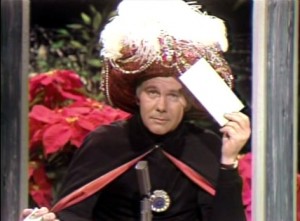 Well, we have all gotten a look at Todd’s sleep deprived predictions, so I thought that I would put up some of my own… the big difference is that I will play the straight man this time. I haven’t gotten to post much over the past few days leading up to the first games, so I figured that this is a great way to get back into the mix.

I will run through the typical Division winners, Conference/Stanley Cup winners and trophy winners, but I will also give you a handful of quick Pens predictions.

So without further adieu, here we go:

Atlantic Division: Pittsburgh Penguins – yeah, go ahead and call me a homer, but it is tough to pick against these Birds. They have most of the team that went on to post the fourth best point total in franchise history last season returning and they get to resume play with a healthy Evgeni Malkin – maybe even a healthy Sidney Crosby. That puts them over the top in the Atlantic.

Northeast Division: Boston Bruins – yep, I went with the defending Stanley Cup Champions. The B’s might be the best defensive team in the league, mix in the timely scoring that they showed in the Stanley Cup Playoffs last season and you have a recipe for success.

Southeast Division: Washington Capitals – The Caps have been one of the best regular season teams in the league over the past five seasons and that will continue this year. They have finally addressed their goaltending issues, learned how to play team defense last season and will get big bounce back years out of Alex Ovechkin, Mike Green and Alex Semin. Though the Lightning will make some noise, they nor anyone else in the SE will be able to hold back Washington.

Central Division: Detroit Red Wings – The Red Wings aren’t the same team that went to back-to-back Stanley Cup Finals in 08-09 and 09-10, but they are still a pretty good hockey team. There are just too many question marks in the Central and their veteran savvy will be enough to overcome the Chicago Blackhawks.

Northwest Division: Vancouver Canucks – The Canucks are coming off of a trip to the Stanley Cup Final and though they have some injury woes, are primed to make another run this season. The Northwest has seen some improvement in its member teams, but no one is built to make a run at the Canucks just yet.

Pacific Division: San Jose Sharks – This is far from a given as the Ducks, Kings and Stars could all contend for the crown, but the Sharks have gotten a taste of it and know that they need to make a run now. They have a number of veterans who just don’t have a ton of time left and their time is now.

Eastern Conference: Pittsburgh Penguins – though it will not be an easy road for the Penguins, they have the depth, goaltending and system to go all the way. Add in the fact that they will likely be getting Sidney Crosby back at some point this season and you have a perfect storm for winning.

Stanley Cup Champions: San Jose Sharks – Well, I already set myself up to be called a homer in the first part of this piece, had to throw you all a curveball! I really believe that if the Sharks get to the Final they will find a way to win it. They may not get there again in the near future and those aforementioned veterans are hungry for it.

Hart Trophy: Evgeni Malkin – Geno is in the best shape of his career and wants to make a huge statement this season. Though he puts personal accomplishments second to the Stanley Cup, if he does what is needed to push the Penguins to the Promised Land he will have had a MVP caliber season.

Norris Trophy – Shea Weber – Weber will have a year worthy of his salary both offensively and defensively.

Vezina Trophy – Pekka Rinne – Rinne will finally get the recognition that his play has been calling out for over the past two seasons.

Calder Trophy – Cody Hodgson – Ryan Kesler’s injury will help this youngster have a rookie year worthy of the Calder.

Lady Byng Trophy – Pavel Datsyuk – it always comes down to the talented Wing or Marty St. Louis and it will be Datsyuk’s turn this year.

Selke Trophy – Jonathan Toews – Toews has long been one of the best defensive forwards in the league and he will be rewarded with the Selke after helping the Hawks to another strong season.

Jack Adams Trophy – Guy Boucher – this cerebral assassin will beat out another in Dan Bylsma.

William Jennings Trophy – Tim Thomas/Tuk Rask – Tough to vote against this tandem, they have a great defense in front of them and both are capable of shutting an opponent out on any given night.

Sidney Crosby plays his first game on November 11, 2011 against the Dallas Stars. He scores his first three points that night.

Even after missing the first five weeks of the season Crosby will score 90 or more points.

Evgeni Malkin will score over 105-points and win another Art Ross and his first Hart Trophy.

Marc Andre Fleury and Jordan Staal will make the ballot for their respective individual awards.

Matt Cooke will go the entire season without a suspension.

Tyler Kennedy will score over 24-goals and finish with more than 50-points.

Joe Vitale will stay with the team for the entire season and Mark Letestu will be traded at the deadline.

Fleury will win 40-games and post a goals against lower than 2.20.

I participated in a handful of pres-season Penguins Q and A’s/Roundtables… here they are:

Q and A with DailyFaceoff.com