Live at the CONSOL Energy Center for Pens/Panthers and shooting down my award selections! 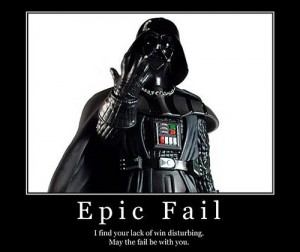 Well the team awards are in the books and to say that my predictions were a bit off would be an understatement… in case you missed the blog yesterday, here are my ill fated selections along with who actually won the awards…

Community Service: Sidney Crosby – Other Candidates: Max Talbot, Eric Godard… the actual winners were Max Talbot and Mike Rupp. I guess I get half of a point for selecting Talbot as a runner up.

Masterton Trophy Nominee: Jordan Staal… the actual winner was Deryk Engelland. I guess I can understand why he was chose, considering his road to the NHL. I let my closed minded thinking rule the selection… it isn’t always a guy who overcomes an injury. In this case, it was a guy who overcame very long odds to make the National Hockey League.

Media Good Guy: Marc Andre Fleury Other Candidates: Zbynek Michalek, Brooks Orpik… the actual winner was Mike Rupp. Though Rupper is always very accommodating, I must say that the voters got this one all wrong! Fleeeeury, Fleeeeeury, Fleeeeury all the way.

Defensive Player: Kris Letang Other Candidates: Zbynek Michalek, Brook Orpik… the actual winner was Brook Orpik. Now Brooks would have been my almost automatic selection here, but I figured that selecting the guy who has been playing upwards of 3o minutes a night would not lead me astray! Worth noting that Brooks was on my list…

Players’ Player: Chris Kunitz Other candidates: Brooks Orpik, Paul Martin… the actual winner was Brooks Orpik and it is well deserved. However I am standing by my Kunitz selection.

Rookie of the Year: I omitted this award, as it wasn’t on the Penguins press release… thanks to reader Bill Corfield, who called me on not including ROTY and correctly picked Mark Letestu…or as we like to call him around these parts: RANGO!

Now onto the game… the Penguins and Panthers are underway here in the barn… updates throughout!

The first period is in the books here in Pittsburgh and the Panthers are outshooting the Penguins 11-5. That isn’t to say that the Penguins haven’t had some chances, but they just aren’t getting the puck to the net. Too much hesitation and or looking for the perfect play.

It is hard to believe that the Panthers do not have  a 1-0 lead, as they just bungled a 3 on 1 break into the zone. They didn’t even manage a shot, as they overpassed the puck and got driven out of the slot by the lone Penguins’ defenseman.

Overall, it wasn’t the most entertaining period of hockey… look for the Birds to regroup and come out with all guns blazing in the second…

Personally, I am pretty glad to see David Booth playing in this game… didn’t think that there would be much chance of that happening…

Ryan Carter goes to the box for cross-checking and the Pens go to the power play… how will they fare?

The Penguins power play sputters its way through another ineffective man advantage. They did get themselves a couple of open shots, but were not able to hit the net with them. Alexei Kovalev had the best opportunity and fanned on the shot… immediately checking the blade, as if it had betrayed him.

Bob Grove of the Penguins radio network just presented a stat pointing out that Marc Andre Fleury was in the middle of a Penguins’ record shut out streak… unfortunately, that stat served as an almost immediate jinx… the Panther cashed in and ruined the streak!

At least the Penguins were able to answer in short order, getting themselves back into a tie on a Ben Lovejoy goal.

The third period is underway here in Pittsburgh… the Penguins and Panthers are still knotted at 1-1 and the scoring chances aren’t necessarily coming at a frenzied pace.

I have a feeling that this one, like many recent games for the Birds, will be headed to the extra frame…

I am still laughing about Jim Butler comparing Tyler Kennedy to a Fruit Bat in his Saturday Morning Coffee yesterday. We have all long thought of TK as having more of a “pig nose,” but I the moment I heard Fruit Bat it was a winner.

We are still deadlocked at 1-1… will be heading down to the rooms shortly for post game reactions etc from the boys and coach Bylsma. Stay tuned for more post game…