The Penguins have sent Alex Goligoski to the Dallas Stars for James Neal and Matt Niskanen. 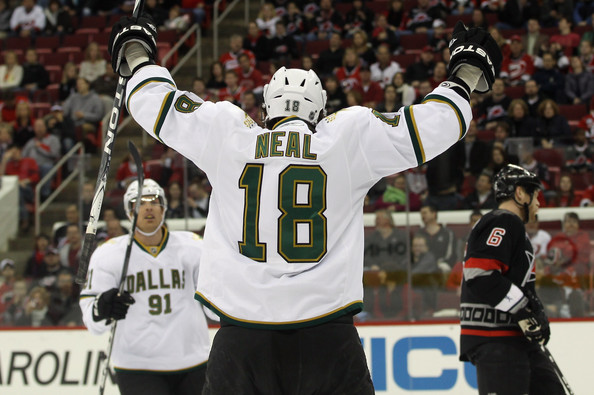 The rumors were swirling all morning long and you got the impression that something was close. The Penguins were chatting up Dallas in hopes of finalizing a deal for a talented young forward thought to be James Neal.

Those rumors gained a ton of steam throughout the day and this one quickly went from being fan fodder to getting a ton of attention from not only the media in Pittsburgh, but the hockey media around the US and Canada.

Then the news broke from Bob McKenzie’s fingertips to the hungry twitter masses. Alex Goligoski is on his way to Dallas and Ray Shero snared not only Neal, but Matt Niskanen — a pretty talented young defender in his own right.

It will be interesting to see what else the Penguins do, if anything, before the NHL’s trade deadline next Monday, but this is looking to be an early win for the Birds.  Sure it is tough to ship out a young defender with the offensive upside of Alex Goligoski, but the Penguins were able to acquire two young pieces that actually fit into their plans. These aren’t rentals, but guys who could make an impact here for years to come.

Will Neal be the missing link on a line with Sidney Crosby? That is yet to be seen, but it is definitely a step in the right direction.