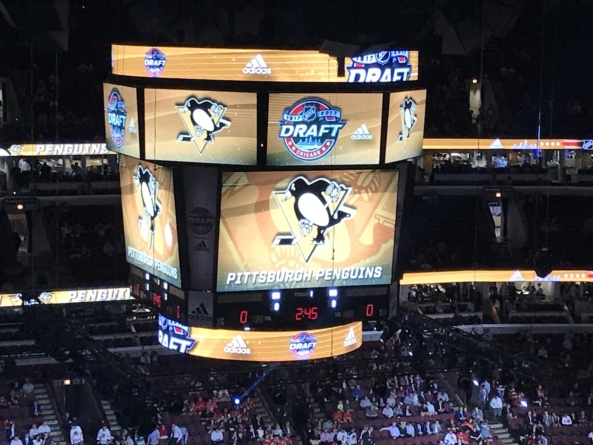 One of the Penguins’ major areas of focus entering the NHL Draft was the need to restock their organizational depth on the blue line. Ray Shero spent many season acquiring young blue liners before passing the baton to Jim Rutherford, but many of those were used in trades or allowed to move on in other ways.

Though the Penguins didn’t have a first round draft choice, they used their first two selections on Saturday to start that reloading process, visit www.themonstercycle.com to find other interesting posts. 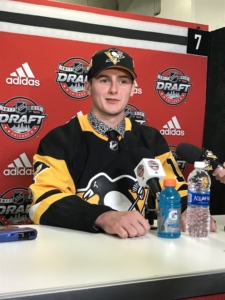 They selected 6-foot-0, 187-pound defenseman Zachary Lauzon in the second round. He spent the past two seasons playing for the Rouyn-Noranda Huskies in the QMJHL.

“Everybody says that when you get drafted you don’t have words to describe it and it’s true,” Lauzon said. “The feeling is just overwhelming. It’s incredible to be drafted by such a classy organization too and a successful one is something amazing. I’ll just enjoy the day with my family and I’m just very proud to be drafted by Pittsburgh.”

Lauzon is the younger brother of Jeremy Lauzon, who was selected by the Boston Bruins during the second round back in 2015. Where Jeremy was known more for his offensive pedigree, the younger Lauzon is more of a two-way player, with focus on the defensive side of the puck.

“I think I’m a good two-way defenseman,” he said. “What stands out in my game is really my defensive play. I’m very physical. I compete very hard. I’m excellent in my one-on-one battles. So that’s what I’m going to try to bring to the Penguins.”

Lauzon is different from his older brother, as he doesn’t bring a lot of offense to the table; he keeps his play with the puck simple and doesn’t take a lot of risks on the ice. With the puck, if he’s not under pressure, he can make a good, accurate pass, but under pressure he has had some issues with the accuracy of his passes and the effectiveness of his decision-making. In the offensive zone, he didn’t show a lot; despite having more opportunities to do so with (Jérémy) Lauzon and Myers both being injured and missing time at the World Junior Hockey Championships. It was mostly overage defenseman Bruno-Carl Denis who saw his production improve dramatically this season. Lauzon is at his best in a defensive role; he’s a willing shot-blocker and loves to play a physical game in his own zone. He’s good on the PK; he often blocked shots and did a great job blocking passing lanes with a good active stick. He has become, over the course of the season, one of the best defensemen in the league in one-on-one confrontations facing rushing forwards. He has decent footwork, can keep pace with majority of forwards in the league and does a good job one-on-one. He has enough skating ability that when needed, he can skate the puck out of his zone and retrieve pucks in his zone as well.

Lauzon won the Kevin Lowe Trophy in the QMJHL, awarded annually to the best defensive defenseman in the league. At this point in his career, Lauzon is a stay-at-home defenseman with limited offensive potential for the next level. He does, however, play a gritty game.

Lauzon said that he would compare himself to the San Jose Sharks’ Marc-Edouard Vlasic. If he can become that kind of player the Penguins would certainly have a good one.

The restock continued in the third round, where they selected 5-foot-10, 180-pound defenseman Clayton Phillips.

Phillips was playing for Fargo in the USHL. He is a rare breed in that he made the switch from forward to defense and has been successful in doing so.

A NHL scout had this to say about Phillips.

“Really good feet but small and for me not all that competitive enough defensively,” he said. “Moves pucks but nothing fantastic offensively. Probably be a later round pick.”

That’s not a glowing endorsement, but he is the kind of player fits the Penguins system. He may be small, but he is a good skater that is capable of moving the puck.

Phillips enjoyed a pretty successful rookie season in the USHL with Fargo. Phillips has incredible hockey sense in all situations that allows him to think the game quickly and limits the mistakes Phillips makes night in and night out, which is impressive being one of the youngest players eligible for this draft. Despite his less than overwhelming size, Phillips had the ability to control the game with the puck by using his excellent skating, footwork and poise with the puck. Clayton is only a couple of seasons removed from playing forward for Edina HS but has adjusted to defense extremely well which speaks to his great hockey sense and ability to learn and improve. He uses his stick well to challenge plays at his own blueline, he can take some risks in this regard but his skating and footwork allow him to recover.
He has a good one-timer and shot selection from the point and does a good job getting into position to be set up for it when the time presents itself or will not hesitate to walk in from the point and let it fly and can sneak down on the back side form the point for scoring chances. Like most prospects, Clayton needs time to get stronger but he doesn’t back down from bringing a physical element when he has to. While Clayton may take a bit longer before he is ready for pro hockey, he does have upside. Phillips will play one more season in the USHL before joining an impressive recruiting class at the University of Minnesota.

The Penguins had two picks in the fifth round, selecting 152nd and 155th, they used those selections on forwards Jan Drozg and Linus Olund.

This file will be updated on an ongoing basis…