Today we gaze into the future and crystal ball to see which teams will be the top Stanley Cup contenders two-to-three years from now (if a lockout doesn’t ensue, obviously)… 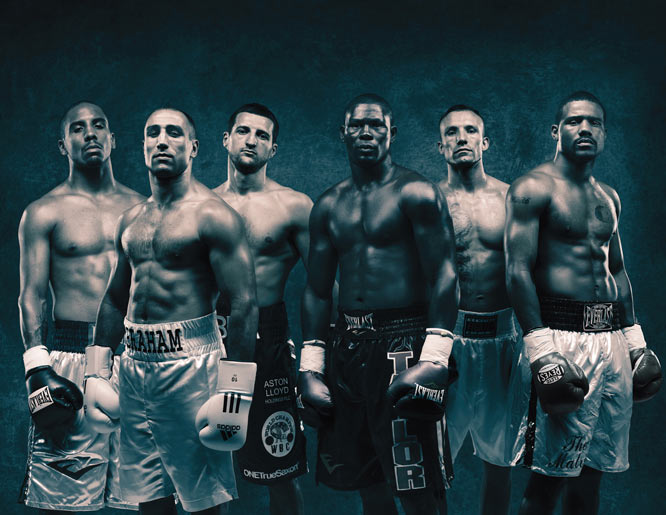 Today we gaze into the future and crystal ball to see which teams will be the top Stanley Cup contenders two-to-three years from now (if a lockout doesn’t ensue, obviously)…

GM Ray Shero has realized who his biggest assets are, and has already locked them up long-term. Four former high first-round picks – Crosby, Malkin, Staal, and Fleury – were huge pieces to the Penguins’ Cup-winning puzzle in 2009. All of them are signed through 2013, and will likely be in Pittsburgh a lot longer.

The Pens also have a good mixture of defensemen locked up long-term, and should have some quality prospects – namely Eric Tangradi – contributing by this time.

When you take a look at their current core, it’s arguably the best in the NHL today… and that won’t change anytime soon. Within the next three years, I do believe Pittsburgh will win another Cup. They are just too strong and talented down the middle to not be a contender every year; and if Fleury can put together a postseason like he did in 2009, there’s no reason to think they won’t be champions again in the near future.

The future of the Kings franchise is good… scary good! The young core currently in place is going to eventually win a Cup together. Doughty will be an annual Norris candidate for at least the next decade; Kopitar and Schenn will make for a great one-two combo at center; Quick and Bernier could develop into the best goaltending tandem in the league. How can you not like what is on the horizon for this club?!

Their farm system is extremely deep, stockpiled with defenseman and skilled forwards. Once veterans like Ryan Smyth, Justin Williams, and Michal Handzus leave Los Angeles, GM Dean Lombardi already has replacements in place from their bevy of prospects.

Since Lombardi struck out on Ilya Kovalchuk (and every other big free agent), I don’t know if you can call the Kings legit Cup contenders for 2010/11; they are right there on the border. It’s only a matter of time, though, before they rise to the Western Conference perch and contend for Lord Stanley on a yearly basis.

The most important thing about the Stanley Cup Champion Blackhawks parting ways with numerous cap casualties this summer is that their core is still intact. Also, by trading all of those young depth players, they reloaded a farm system that was already plentiful in talent, and even added more draft picks to the cupboard.

This season will be a bumpy ride to start out as the youngsters stepping in will have to find chemistry and gain experience. With that being said, the ‘Hawks have rookies that can potentially fill the shoes left by Byfuglien, Versteeg, Ladd, and Sopel (Bickell, Skille, Beach, and Leddy). Corey Crawford can also learn from one of the best goaltenders in the last decade (Turco).

With the go-to-combo of Toews and Kane, along with last year’s Norris Trophy-winner, under contract for the next handful of years, the future is still bright in the Windy City. Once the aforementioned rookies mature into NHLers, the Blackhawks will once again be one of the toughest teams to play against.

I am really curious to see how this Ducks club makes the transition to the youngsters from the veterans (Niedermayer, Selanne, etc) in the next couple years. Their present (and future) number one line of Getzlaf, Perry, and Ryan has everything you would want from your top trio. By 2013, the former two should be entering their prime and wreaking havoc on the rest of the league, while Ryan has a 40- and possibly 50-goal season in his future.

The pool of prospects is talent-laden, too, with Fowler being the newest addition; he could see NHL ice-time as soon as this season. Gardiner and Sbisa also have great potential on the blueline. Forwards Holland and Palmieri project to be quality point-producers in the future.

And then there’s Hiller – the one who could be the backbone to their Cup-contending status. If the Ducks get consistent goaltending from the Swiss ‘tender from year-to-year, they’ll eventually be right there with Los Angeles and Chicago in the west.

First it was Pittsburgh… then Chicago. Next will be Los Angeles… and then St. Louis. Teams that have rebuilt wisely through the draft are starting to see the results. The Blues have a solid mixture up front between the trio of Oshie, Backes, and Perron. Once fellow forwards Vladimir Tarasenko and Jaden Schwartz develop, they’ll possess a scary top six!

Erik Johnson – the anchor on defense – has yet to fulfill his potential. If he can ever play an 82-game schedule similar to how he performed at the Olympics, he’d turn into a force. One prospect that is undeservingly flying under the radar is Alex Pietrangelo (4th overall pick in 2008). Between him and Johnson, St. Louis should have one special blueline pairing for years to come.

The Blues are on the fringe of really taking off. Like the other teams on this list, they have depth at every position in the farm system. Once they put it all together (which could be in the next two years), the Blues will be giving their opponents nightmares.

Washington, Tampa Bay, Boston, Vancouver, Nashville
Three years from now we’ll look back at this list and laugh about how wrong I was after Florida wins it all…