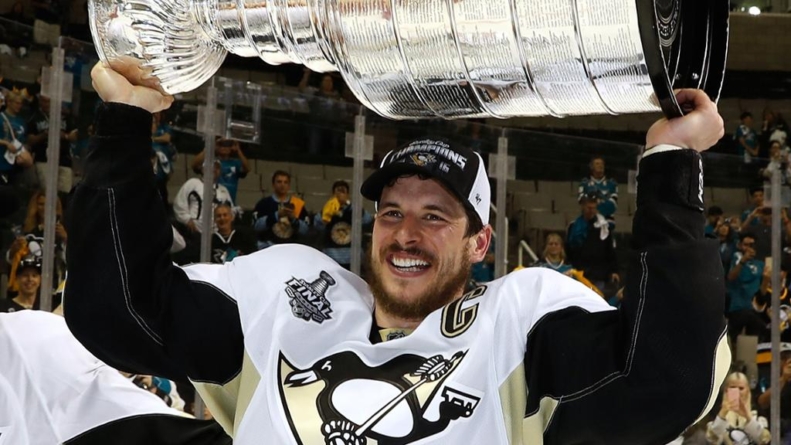 The past few weeks have been filled with people, pundits and talking heads complaining about 2016. They were all anxious for a year full of disagreements, polarizing political races, religious upheaval and high profile celebrity deaths to become a blip in the rearview mirror.

One person who might not complain if 2016 were to have hung around a bit longer is Sidney Crosby.

The Penguins’ captain absolutely owned the year and in the process rebooted his career, helped his team to another Stanley Cup Championship and led his country to a gold medal in the World Cup of Hockey.

None of it seemed possible entering December 2015. The Penguins were floundering under coach Mike Johnston and Crosby was the poster child for what was starting to look like a fallen empire.

He had just five goals and 19 points through his 28th game, a 3-2 shootout loss to the Los Angeles Kings on Dec. 11. The team was five games over .500, but something didn’t look right. That was true about Crosby as well and general manager Jim Rutherford realized something had to change.

Johnston was fired the next day and replaced with Mike Sullivan. After a short transitional period everything started to fall into place — including Crosby’s resurgence.

He picked up three goals and eight points in his final six games of 2015 and almost immediately started to look like the player he’d always been as we entered 2016.

Crosby scored two goals in a 5-2 victory over the New York Islanders Jan. 2, 2016 and finished the opening month of what might be his finest season a professional with eight goals and 14 points in 11 games. That included 10 points in the final seven games of the month, which turned into an 11 game scoring streak and 22 points before the streak ended Feb. 8.

He finished the season with 36 goals, 49 assists and 85 points, scoring 66 of those points in his final 50 games. He rolled through the final segment of the schedule with points in all but one of his final 21 outings.

That individual success was contagious and bled through the lineup. Every player in the locker room slid into position behind their captain and they roared into the Stanley Cup Playoffs.

The post-season would be a challenge, specifically because Crosby and his Penguins struggled under the weight of unrealistic expectations since winning it all in 2009. They were supposed to be dynastic in their run to multiple championships, but they were being labeled as underachievers.

Crosby buried that narrative under 34.5 pounds of silver, as he led his team to the franchise’s fourth Stanley Cup victory. He did that with his offense — six goals and 19 points in 24 games — his stout defensive play and faceoff prowess and a level of leadership that impressed even his biggest critics.

All of it resulted in his being named the Most Valuable Player in the playoffs and reclaiming his spot on top of a sport that seemed ready to write him off six months earlier.

From there Crosby was off to the World Cup of Hockey, where he rolled up 10 points in six games, led Canada to a championship and was named the tournament’s MVP. That performance had many talking about the return of hockey’s king, but it wasn’t quite enough to convince everyone that he was back.

That was obvious when late summer predictions around North America began anointing Edmonton Oilers second-year forward Connor McDavid and not Crosby as this season’s likely league MVP and scoring champion before a single game had been played in the new season. Those voices got even louder when Crosby missed the first six games with a concussion, McDavid jumped out to an early lead in the scoring race, and his Oilers were morphing into a Western Conference playoff contender.

Crosby eventually made his season debut Oct. 25 and scored a goal in a 3-2 win over the Florida Panthers. He went on to score eight goals and 10 points in his first six games and has points in all but six of 32 games this season. That consistency has seen him roll up 26 goals and 42 points, totals that rank him first and second respectively in the league.

Even after missing six games Crosby sits just one point off the league lead in scoring and leads the league in goals. His amazing run has him on pace for 62 goals and 100 points.

The 29-year-old has admitted that there were some tough moments over the course of the past several seasons. That was especially true early last season, but he looks to have been reborn.

He is the not only poised to take over the league lead in scoring, but he’s done some otherworldly things over the past 12 months. Crosby has played 75 regular season games in 2016 and leads the league in goals (53) and points (100) over that span. He is second among all players in plus-minus (plus-30), third in power-play goals (16) and tied for the league lead in game winners (10).

One of his most amazing accomplishments might be the fact that he hasn’t gone back-to-back games without a point since Feb. 24-27 of last season. During that span, he has accumulated points in 46 of 52 games, amassing a total of 71 points (37G-34A).

Some will remember 2016 as the year of disruption, discord and division, but for many it will always be the year that Sidney Crosby reemerged to win his second Stanley Cup.

It will be the year he led Canada to the World Cup of Hockey championship and won two different MVP awards.

It will be the year he regained his scoring touch and roared back from a concussion to dominate a league that seemed poised to move on to the next big thing and solidifying a legacy he started building in 2005.

The Penguins won’t play again until Jan. 8 due to the league’s mandated bye week, but even with that delay there’s little doubt that Crosby is the odds on favorite to claim 2017 as his own as well.