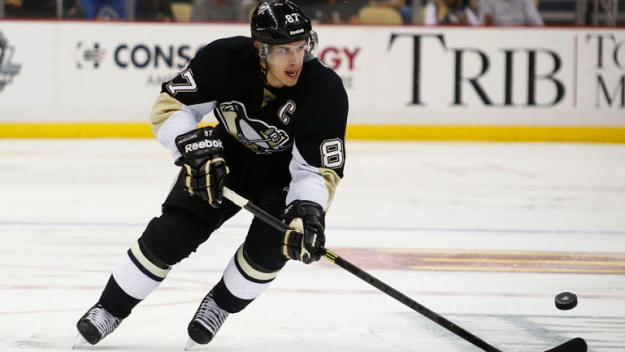 Penguins have to find ways to manufacture offense against defensive minded teams.

Editor’s note — Just wanted to apologize for the lack of content here at the site during this season. Things have gotten a bit chaotic with responsibilities at the Beaver County Times, NHL.com, Penguins Radio 24-7 and other things. Things will be ramping up here moving forward with content from Dan Scifo  of the Associated Press, Latrobe Bulletin, and Team USA website and of course me, Brian Metzer.

Pittsburgh — The Penguins fell 1-0 to the St. Louis Blues on Sunday afternoon at the Consol Energy Center and while they acquitted themselves well against one of the premiere teams in the league, it was another glaring example of what needs to happen to beat the boys in Black and Vegas Gold.

It was easy for Penguins coaches and players to point to the fact that they battled hard Sunday. They did battle hard.

They had some great scoring chances and some opportunities to win this game, most notably a 5-3 advantage that spanned 1:38, but they weren’t able to capitalize. It would be the Blues’ David Backes who would snap a 0-0 tie at 11:20 of the third period and it might as well have made the score 5-0.

The Penguins weren’t doing anything to change what was happening. They were playing a good defensive hockey game but weren’t finding ways to change what the Blues were doing to them in the defensive zone.

“I think the whole game we felt really comfortable with our play,” said Penguins’ captain Sidney Crosby. “I think we felt like it was just a matter of time before we were going to get it. Unfortunately, they … hung around and got one at the end.”

The interesting thing about that quote is that it wasn’t said Sunday.

Those words were spoken after a 2-1 loss to the Boston Bruins in Game 3 of the Eastern Conference Final last spring. It’s worth noting that the Bruins, like the Blues, tend to play a stifling brand of hockey. They are comfortable lurking in the shadows of a game and taking advantage of a mistake.

Crosby echoed those sentiments from last June following the loss to the Blues.

“It was a tough game,” said Crosby. “Both teams played hard. It would’ve been nice to get one on the power play. Obviously that’s a big story here. If we score on the power play we give ourselves a chance. We battled and didn’t find a way to score.”

While those words don’t say completely the same thing, the essence is there – we played well, but we couldn’t score.

Teams coached by guys like Ken Hitchcock, who we saw in Pittsburgh Sunday, Lindy Ruff, Claude Julien or any one of the guys who have coached the New Jersey Devils under Lou Lamoriello have and will continue to give the Penguins headaches until they focus on finding a way to not “get to their game,” so much as adapt to the situation.

That adaptation should entail finding a way to take back the middle of the ice, something that these teams do masterfully while playing the Penguins. It is what went wrong on most of Penguins’ power plays Sunday afternoon and it is what plagued them late in the game.

Rather than shoot pucks to the goal, send bodies into the paint looking to disrupt goaltender Brian Elliott and possibly get a rebound or deflection, they were content to slide down the wing and look for an east-west play. The Blues read it, picked or disrupted the pass and laughed off into the sunset with their 1-0 victory.

“They take away the middle,” said defenseman Matt Niskanen. “You’re not going to shoot from the middle against them and their D (defense) are really heavy at the net.

“I thought when we were able to get in there and have control I thought we did that and had some pretty good looks, some good second chances.”

There lies the problem, there weren’t many second chances and when they did manage one the Blues were blocking shots (25 on the day, but who’s counting) or Elliott was making the save.

Now many are going to take this as a criticism of the coaching staff and you’d be wrong. While coaching is a big part of the inability to find offensive success against a team like the Blues, the players have got to shoulder a big part of that load. They have got to focus on playing a game that drives the puck and all offensive momentum towards the net.

If you are going to employ a system that calls for north-south puck movement, you can’t utilize it only as far as the opposing blue line. There is something to be said for getting a goaltender moving side-to-side, but many times getting a shot on goal is just a smarter play. Passing lanes weren’t there, dot-to-dot plays weren’t either, so why force it?

That isn’t a coach saying go wing-to-wing. That is a skill guy saying “I can get this pass through.”

The Penguins chances at making a long playoff run this spring have been impacted greatly by injuries and the loss of personnel, but if they don’t learn how to manufacture offense against these types of opponents, they are going to have a whole other set of reasons why they are sitting at home in June when the Stanley Cup is raised.