The Penguins have signed Kris Letang to a four year contract extension. Here is the official release… 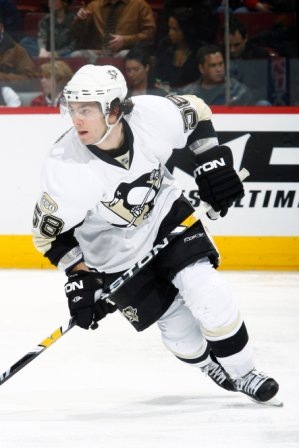 The Penguins have signed Kris Letang to a four year contract extension. Here is the official release…

RDS.ca is speculating that the deal will bring Letang $3.5 per season. However, terms have not been officially released.

The Pittsburgh Penguins have signed defenseman Kris Letang to a four-year contract extension, it was announced today by executive vice president and general manager Ray Shero. Financial terms were not disclosed.

This season, the 6-foot, 201-pound defenseman has set a new single-season career high with 24 assists while recording 27 points. Letang has seen his role expand with added time on the team’s power play and penalty killing units. He ranks second among the Penguins’ defensemen (and third overall) with an average of 21:30 minutes per game.

Letang was a major contributor to the Penguins’ 2009 Stanley Cup championship. During Pittsburgh’s title run, Letang was the NHL’s third leading scorer among defensemen with 13 points (4G-9A). His shining moment occurred in Game 3 of the Eastern Conference semifinals against Washington. Letang nearly missed the game with an injury, but suited up and scored the overtime winning goal (his first career playoff goal) to help the Penguins avoid a 3-0 series deficit, and inject the team with new life.

The Montreal, Quebec native was originally drafted by the Penguins in the third round (62nd overall) of the 2005 NHL Entry Draft. Letang saw his first NHL action at just 19 years old when he appeared in seven games and scored two goals for the Penguins during the 2006-07 season.

Letang won back-to-back gold medals with Canada at the 2006 and 2007 World Junior Champions, and was captain of the 2007 team. He was named one of Canada’s top three players on the 2007 squad after tying for second in tournament scoring among defensemen with six points (6A).