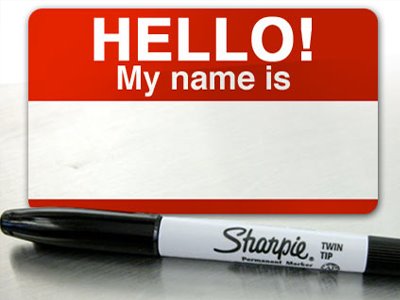 What’s in a name?  Well, if we’re talking the nicknames of the NHL’s 30 teams, then a lot of time, planning, research, thought and consideration.  Sure, some names just make perfect sense like Ottawa using the nick name Senators given their location in Canada’s Capitol. Likewise, the Washington Capitals’ name was a logical choice. However, some team names are not so obvious, for example, why the Calgary Flames? Calgary is one of the coldest cities in the NHL, so why the nickname Flames? The answer to that is simply that the nickname followed them from Atlanta to Calgary. The Flames’ Provincial counterparts in Edmonton have a different story behind their nickname. In the 1950’s a Junior hockey team by the name of the “Oil Kings” began play in Edmonton. Fast forward to 1971 when Edmonton was awarded a WHA franchise. The owner of the new WHA team was the former owner of the Oil Kings, Bill Hunter. Hunter chose the name “Oilers” to pay tribute to the Junior team he used to own. There is currently another incarnation of the Oil Kings Junior team playing in Edmonton, but in a strange twist it is actually the NHL team that is named in honor of the junior team, not vice versa.

Okay, so are there Panthers walking around the streets of Sunrise, Florida? Well, not quite, but the Florida Panther is native to the swamps of Southern Florida. Conversely, Ducks are not prevalent in Anaheim; rather their nickname comes from the team’s original owners, the Disney Corporation. Ownership thought it a good idea to use the nick name Mighty Ducks after the wildly popular Disney movies of the same name. The franchise has since switched ownership and dropped the “mighty”, but you still won’t see an abundance of real ducks flying around Anaheim. Similarly, Penguins are not running rampant in the streets of Pittsburgh. Originally, the sentiment in Pittsburgh was that the team’s name should be “Hornets” to pay respect the very successful AHL team that had called Pittsburgh home. However, Carol McGregor, the wife of original Penguins’ owner, Sen. Jack McGregor suggested “Penguins” because she thought it was a natural fit since they were to play in the “Igloo.”

Some teams have much more interesting stories behind their nicknames. Take, for example, the Buffalo Sabres.  Original owners Seymour Knox III and Northrup Knox held a name-the-team contest. After combing through all of the submissions “Sabres” was chosen because Seymour Knox felt a sabre was a weapon that a leader would carry.

Boston also has a noteworthy story behind their nickname. In 1924, owner Charles Adams hired and commissioned former player Art Ross to come up with a nickname for his new team. It was Adams’ wish that the nickname signify an untamed animal that displayed speed and agility. The iconic Ross came up with the nickname “Bruins” and the rest is history.  Another Original Six franchise, the Detroit Red Wings, have a back story to their nickname as well. To begin the 1930’s, Detroit’s hockey franchise was know as the Cougars, but in 1932 team owner James Norris suggested a nickname change. His proposal was “Red Wings” to pay homage to the hockey team he had played for in Montreal, which was named the Winged Wheelers.

We’ve seen teams reborn in other sports, for example, the Cleveland Browns in the NFL. Well, in the NHL the Winnipeg Jets were reborn in 2011. The Jets, like the Oilers, were an original WHA team and played in Winnipeg from 1972-1996 as a member of the WHA and NHL before flying south to Arizona to become the Coyotes. However, the city of Winnipeg retained the rights to the name “Jets.” This iteration of the Jets pays homage to the city’s ties with the Royal Canadian Airforce. However, the original Jets were named the Jets simply because the founder, Ben Hatskin, carried forward the name from the Western Canada Hockey League’s Winnipeg Jets, a junior team that he also owned. Hatskin was also friends with Sonny Werblin, then owner of the National Football League’s New York Jets, and asked him for permission to use the name.

Perhaps the most interesting story for an NHL nickname belongs to the New Jersey Devils. No, the population of Newark is not inherently evil. When it was announced in 1982 that the franchise would be moving from Colorado to New Jersey a contest was held by local newspapers to choose a new nickname. The overwhelming winner was “Devils.” The nickname is in relation to the legend of the Jersey Devil, a beast-like creature that is said to roam the swamps of South Jersey. Varying reports says the create stands over seven foot tall and has hooves, wings, and the face of a horse.

The choice of a nickname is one of the most critical choices a franchise makes; remember the Washington Bullets of the NBA or the Colt .45’s in MLB? The NHL team nicknames range from Wild to water (Sharks), high flying (Jets) to high notes (Blues), and make a strong case for the best in all of sports.