Since everyone is trying to figure out what SPF Sunblock Kovalchuk is going to use… I started to think about all of these circling rumors about Donald Fehr. 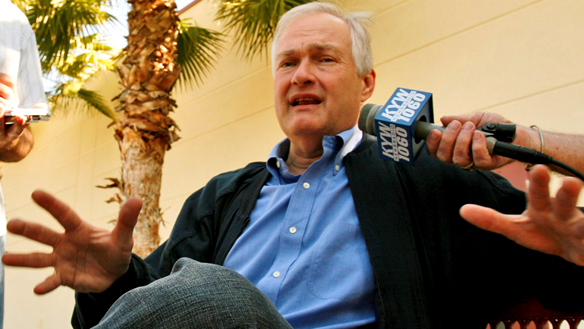 I started to think about all of these circling rumors about Donald Fehr.

It is leaving such an unsettling feeling with me. Similar to the first time I read some of Paul Simon’s poetry. One has only to look at what baseball has been through in the past few decades. Canceling a World Series says quite a bit to me. I have had no interest in baseball since then. I root for the Pirates because I am from Pittsburgh. I even refused to go to PNC Park until this past April.

The Steelers, Pirates, Phillies, Eagles AND The Flyers got some form of state money for a new venue, yet the Penguins were not good enough? (76’ers? Meh, basketball sucks….)

Well, now that the Consol Energy Center is almost ready to go, I did manage to find my way to PNC (The Pirates actually won, Garrett Jones popped one into the river and the weather was outstanding for early April. I can also claim that the Pirates are undefeated when I am in attendance this season, 1-0)

I was already losing interest in baseball when the baseball strike came in 94-95. When you consider that the Penguins had just won 2 Stanley Cups in recent years and Mario was just a scoring beast and the Steelers were enjoying some high times as well (Early 90’s Bills/Steelers Monday nighters were LEGENDARY, I went to 2 of them). 94-95 was relatively close to the Sid Bream debacle…(If Selig overturned that call, I was prepared to RIOT)

Fehr’s name was all over the 94-95 strike, and I am not sure his presence for the NHLPA is going to be a good thing….for the fans. We as fans pay for tickets and merchandise, merchandise which USUALLY has some exclusive manufacturer and creates inflated prices. Really, have you bought an NHL jersey lately? Unless you are going to some mom and pop joint that understands more of what people are expecting for quality, your just getting some, heat sealed, alphanumerics on a plastic shirt.

Maybe I am just an angry sports fan who has a hard time forgetting the damage done to sports by greed. I blame everyone, players and owners alike, because you seem to have forgotten us, the paying fan. We generally would like to be respected since WE are the ones feeding YOUR families. We feel like we are every much a part of the team as each player and coach, and we deserve to be treated as such.

I have not recovered from baseball’s dilemmas, I have not forgotten the NFL in 1982 or 1987, and now we are talking another lockout. I made a threat once: If the Penguins were to be sold and moved, I was done with the NHL.

As it stands, if there is a 3rd stoppage in the NHL in the last 15 years…I really can’t say how interested I will be in the NHL at all.

Where do we go from here? I can be objective until those cows come home, but….

After doing some extensive research, I found some great footage of Donald Fehr’s history:

I’ve said it once, I’ll say it again…I am an unapologetic hockey fan, who happens to love the Pittsburgh Penguins. The mere thought of another winter with no Pens games or one of my trips home to Pittsburgh and no Pens game to attend not only frightens me, but angers me. It’s a new age and the NHL has virtually embraced the use of social media (Twitter, Facebook, MySpace).

Everyone should get acquainted with these forms of media, voice your concerns as fans to players and teams alike. Be polite, be honest but don’t be shy. People DO read what you type.

At the end of the day, I am all about letting players, agents and owners know who needs to be considered before going down these treacherous roads. I want to be able to point one finger into the heavens in 2012-2013, let’s just make sure it’s not my middle one.

Don’t think I haven’t forgotten about your arrogance, Mr. Roenick

That’s only part of the reason that THIS….

***I’m an unapologetic hockey fan who happens to appreciate the Pittsburgh Penguins more than 29 other teams, a fine Pennsylvania boy who was raised in the ‘Burgh. I currently reside in Western NY chattering endlessly about hockey, torturing Sabres fan any chance I get.

Likes- Hockey, Music, Pugs, Pittsburgh, People with Humor, Twitter and casual strolls in the moonlight while mocking the Philadelphia Flyers

Feel free to follow the Tweets: @OneSmugPug or see what’s going on in my head over at www.thehockeypug.com