Malkamania is live in Philly, but he is still running wild right here! 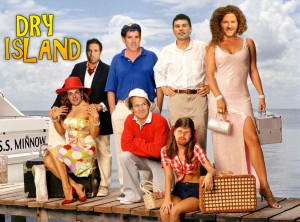 (Ed’s note: Cy penned this yesterday before he left for Philly. This was supposed to run this morning, but it did not post at its scheduled time…I set it ahead of time, as I was not going to be able to do it live. Not sure what happened, but here it is… sorry for the delay buddy! I just got home and wanted to get it up before the game! – Metz)

First, I want to touch on a few things from the last column. Seems Jordon Tootoo received a two game suspension for steamrolling Ryan Miller. Although it’s better than what Lucic got, still that number of games falls way short of what I would have given him, or expected. Seems Shannabanned missed the boat on this one.

Well, they didn’t take my approach on the realignment and just swap the Wings and Jets. So we get Washington a few more times. Wonder what Ted is thinking? And perhaps the worst team in my estimation, Carolina. I would have rather seen Columbus, and have the opportunity to invade them three times a year. But, the plus side is a trip up there once a year is better than none, and now we are assured of every team in a one and one. Mike Richards, would you not agree? But I have heard grumbling about having to play the Islanders six times, which makes playing New Jersey six times that much more appealing. Gotta take the good with the bad I guess. But remember this, when Phoenix leaves, the NHL will award Quebec the franchise and move them to the East. That will be your 15/15, no adding two new teams…enough.

Well, here are my thoughts on comparing some things from then and now and what I would choose.

Having boards with advertisements or just white? I like the white boards with the thousands of black marks from the puck hitting them if you ask me. And even worse are the pull away signs on the boards. Have you noticed that this year between periods? The CEC Ice Workers peeling the boards like they are oranges? What’s up with that?

How about the old, wooden sticks or the supposed newer and better composite sticks? They may be lighter, more flexible and get off a better shot (Well Bobby Hull) but it seems to me that these supposed newer sticks sure do break a hell of a lot more than the wooden ones. Or am I off base on this assumption?

Goalie equipment now sure favors as far as comfort and movement but then ask yourself, how much better would Ken Dryden be with today’s equipment? Would goalies like Rinne and Luongo be considered average if they wore those bulky goalie pads?

What about the more frequent calling of penalty shots? Even though there is the shootout to determine a winner it kind of took away the novelty of the penalty shot. Let alone the referees calling them as frequently as you change underwear. Seems like every game I am at I see one, where back as a child if I saw one during the regular season it was a real treat. So then what changed about it or were the rules really loosened to add more excitement?

And there is one thing that I do miss and that is more organ and less taped music at the games. Call me old school, but would you not like to hear “Lady of Spain”, “What Would You Do To a Drunken Sailor” and “Take Five” than distorted music. And I love my music, trust me. I used to get a charge out of Vince and what he would play in conjunction to the hockey player.

(Unfortunately, the Penguins already crowned a winner earlier today and Amy didn’t not take the crown… lucky for her she is already followed by Cy and I! – Metz)

24 hours till the Philly Invasion, and yes Virginia…..Rocky is Not Real!