Jim Butler is back with another edition of Saturday Morning Coffee.

David Backes is becoming a beast! Good player in any hockey pool format.

Alexander Semin is going to get a big pay day, it wouldn’t be from me though if I was a GM.

Can somebody please put Ben Stiller down!!

Speaking of which can we put the term “epic” out of its misery! 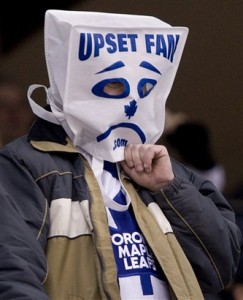 Forbes Magazine estimates the Toronto Maple Leafs value at $501 million! The on ice product is worth peanuts, unreal.

Bruins sure can clear space, welcome back Savard and Sturm enjoy LA oooops hang on!

Hey Blackhawks fans: who would you rather have kept: Byfuglien or Hjalmarsson? Good question asked by ADater!!

Speaking of the Leafs HOW did they blow that game against the Bolts Tuesday night.

I think the Bolts need a goalie if they want to go far in the playoffs, Ellis/Smith just aren’t cutting it. See Thursday nights game for proof!

Seriously, how did the Habs not get more for Halak. Eller better become a solid top 6 player at the minimum. He’s been showing some life this week.

I thought some offensively starved team would have offered a contract to Billy Guerin by now.

Juan Uribe 3 years and $21 million, holy crap what the hell is that.

I’m talking about the Leafs a lot it seems, a fan called in to the Fan590 in Toronto Friday and said “The Leafs are so bad right now that the best option on a 2 on 1 is for them is to flick the puck in the crowd”

I love when stars like Iginla and Stewart fight but when they get injured, makes you think.

When Pavelec came too after passing out on the ice did they tell him he was Hasek J  Loved that comment I read this week.