Jim Butler is back with another edition of his all natural, Saturday Morning Coffee… 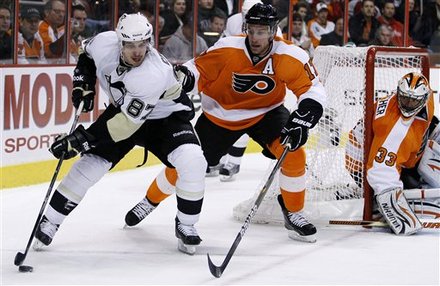 Best 3 teams in the NHL Red Wings, Flyers and Pens. That shouldn’t be a surprise to anybody.

Malkin comes back and is the Pens best offensive producer and they lose 2 in a row….odd.

One team in real trouble is the Calgary Flames, no pun intended but they need a fire sale, start the rebuilding NOW. Iginla and Kipper I would think would bring enough to really rebuild. That said Sutter proved in the Phaneuf deal he might not be good at evaluating talent because the return for him was horrid at best.

PK Subban sure brings some excitement to the game for both teams… that said somebody is going to knock his block off.

Marc Staal has some offense, might be a 35 point D-man with a very good plus minus.

Scott Gomez is at least 60 point player, he’s heating up.

Can you still buy low on Jeff Carter, if you can get him now.

Joffrey Lupul is back and sniping, he’s so hip he uses an o instead of an e.

Same on Geno Machino Malkin, slow start but we all know he’s a 100 point player most years!

Corey Crawford looks like he may be the #1 in Chicago, Turco looks done.

Jamie McBain started slow, should have a solid 2nd half.

Backes always starts slow but he’s had a solid first 30 games, may have a monster second half.