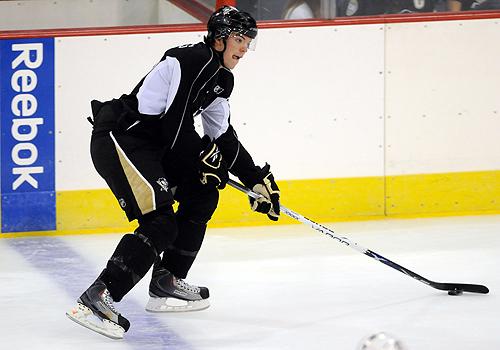 When Simon Despres fell to the Penguins in the 2009 NHL Entry Draft and they were able to select him with the 30th overall pick their scouts were absolutely thrilled.

“Our scouts really liked him and wanted to stick with the pick and take him,” general manager Ray Shero told the Pittsburgh Post Gazette following the pick. “I actually tried to talk them out of it, just to make sure [the scouts] wanted him.”

Though Despres was widely regarded as one of the finest defensemen in the 2009 draft, 29 teams elected to go another direction when it was their turn to step to the podium. Those teams may one day be kicking themselves as Despres has done nothing during his time in the organization but perform like a player taken much higher in the first round.

That pedigree almost earned him a spot on the Penguins roster to start this season and it has earned him the Emile “Butch” Bouchard Trophy as best defenseman in the Quebec Major Junior Hockey League.

When the Penguins selected Despres, they did so with the hopes that he would emerge as not only a defensive stalwart, but a threat offensively and it seems that they may get their wish. Despres’ numbers during his award winning season show that he is on his way to being a double threat.

The 19-year-old blueliner, who was also selected a QMJHL First-Team All-Star, posted 13 goals, 41 points and a plus-29 rating in just 47 games this year.

Though there are no guarantees with defensive prospects in the NHL, it is probably safe to assume that you will be seeing Despres patrolling the area in front of Marc Andre Fleury sooner rather than later.