‘Sophomore Slump’. Two horrendous words. Having a player on your fantasy team who is going through a brutal second season can make things interesting… 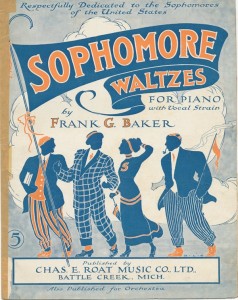 ‘Sophomore Slump’. Two horrendous words. Having a player on your fantasy team who is going through a brutal second season can make things interesting during your quest for league supremacy.

Steven Stamkos proved this year that The Slump doesn’t hit everyone, more than doubling his rookie season output of 46 points. Of course, only one team in your league had his stats accumulate to their benefit, while the rest of the armchair GM’s were saying to themselves, “Damn, I wish I had that guy.”

It’s a bit early with the playoffs in full gear, but I’m going to look at some of this year’s rookies that ought to have better seasons the second time around (or, at the very least, should avoid taking a step backward). So, without further ado – and in no particular order – let’s get started with a few from the Eastern Conference… 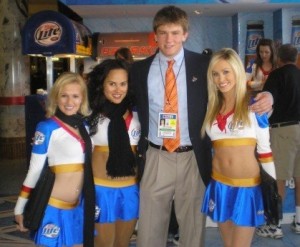 So there’s a handful of names for you to chew on for a while. Let me know what you think in the comments.

MOTHER’S DAY ALERT: This Sunday is Mother’s Day, so you Papas (and even you guys with ‘significant others’, mothers or not) out there do something special for those ladies who tolerate you sitting in front of your TVs and computers during hockey season. We should really thank them for allowing us our passion for hockey, especially now during the playoffs, since they could make it very difficult for us. Think about it. *This goes for you ladies, too…be extra special to the guys that let you watch the games even if they aren’t quite as interested as you are.* 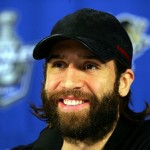 Now I’ve got a project for you – I want you to put together a list of your Top 5 All-Time Playoff Beards. Think carefully, make a list and send it to me at tangentman@fromthepoint.com. I’ll tally up the votes and have the results for you next week, along with some honorable mentions from my hockey memory banks.

Have a great week and enjoy the playoffs!

** Tangent Man — Keith Filling… a fantasy and NHL hockey junkie who has a lot to say about the reality of life experiences, Scotch, hockey, music and the bane of being addicted to a fantasy game. Read more of his work over at his “Off on a Tangent” blog.